I paddled up the Ohatchee creek starting from where it streams into the Coosa river at the highway 77 bridge in the small town of Ohatchee Alabama, population 1,112. The creek was full and inviting and the current was swift with rising water just released from the Coosa Dam up river. It wasn’t long before I paddled by a few bama-style homesteads. My first stop (above) was a look around a deserted property that had seen better days. 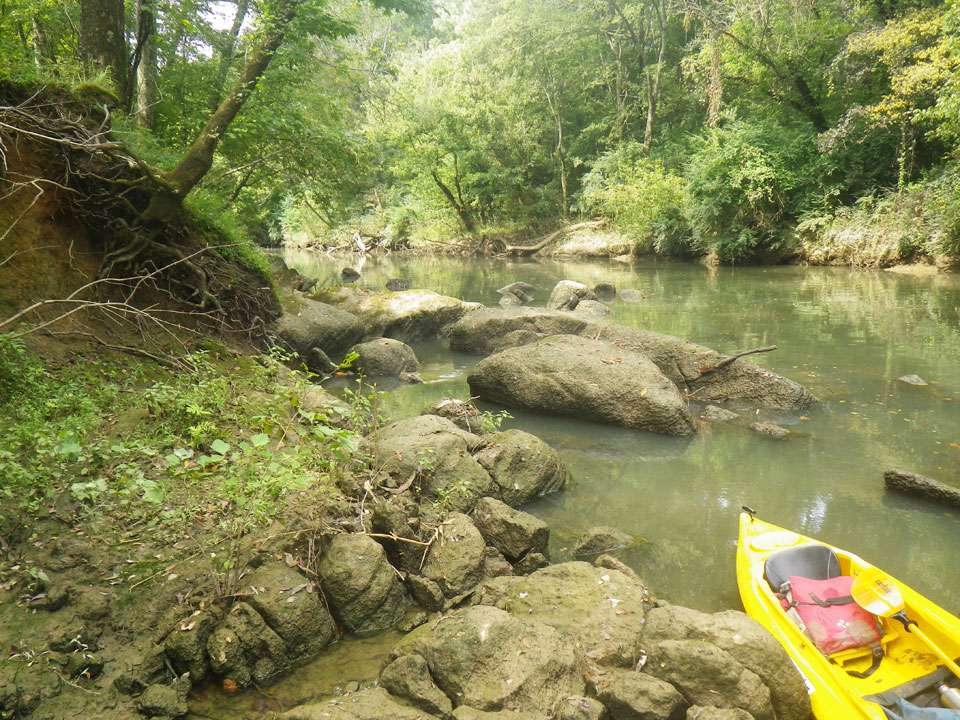 Soon the homesteads fell away and the creek bank grew steep and thick with a dense forest with scattered boulder fields along the water’s edge. For an urban-area creek it was dead quiet. 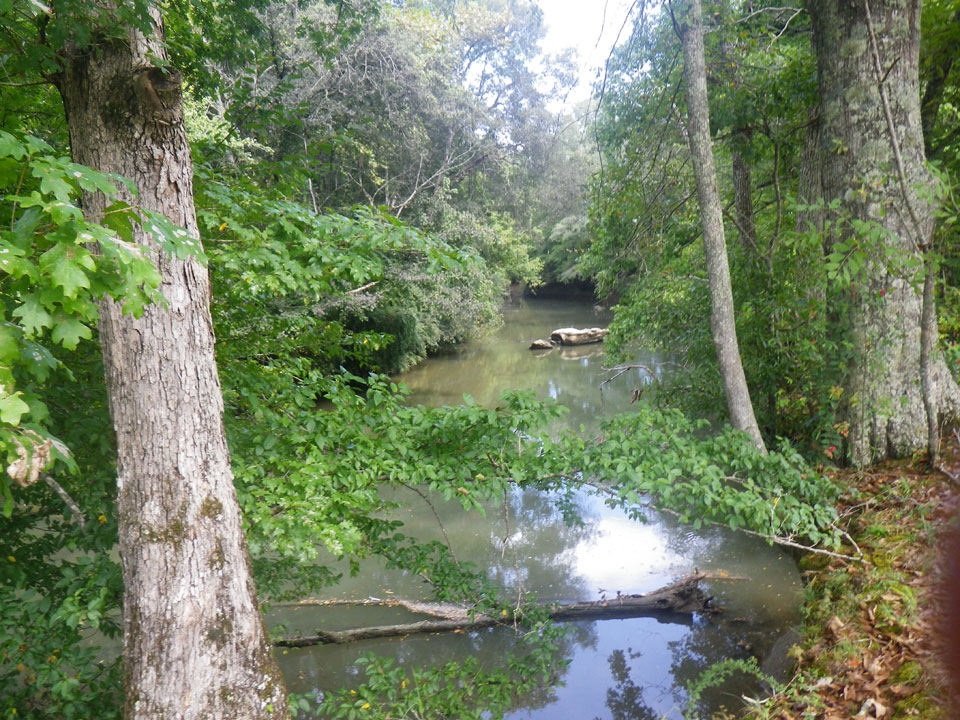 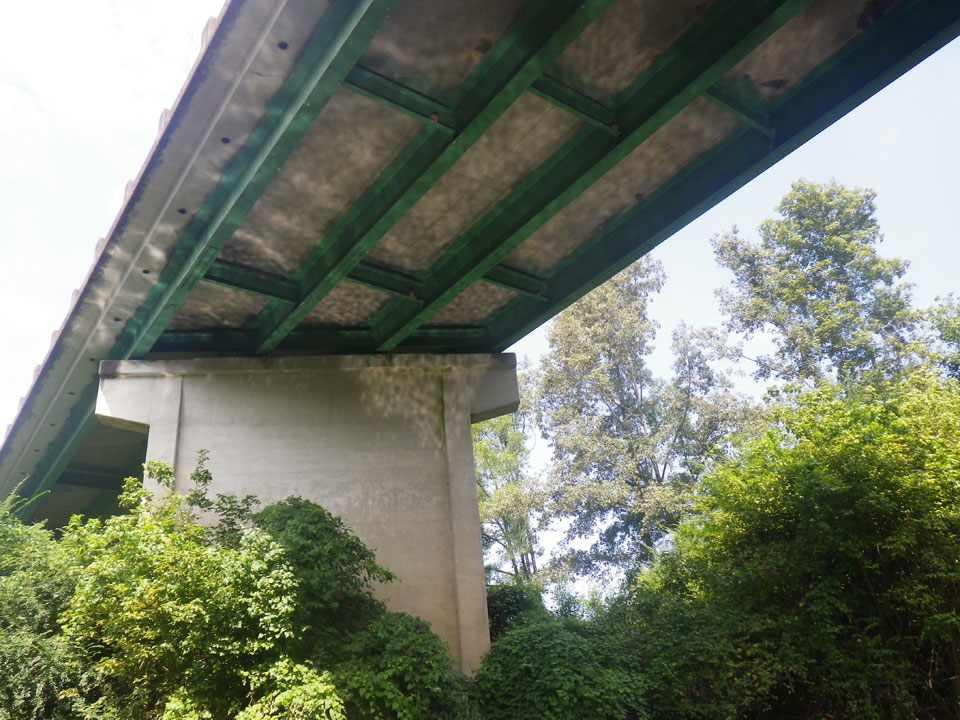 After about 3.5 miles of easy paddling I passed under highway 144 bridge. Just beyond was another bridge cut off from the world. 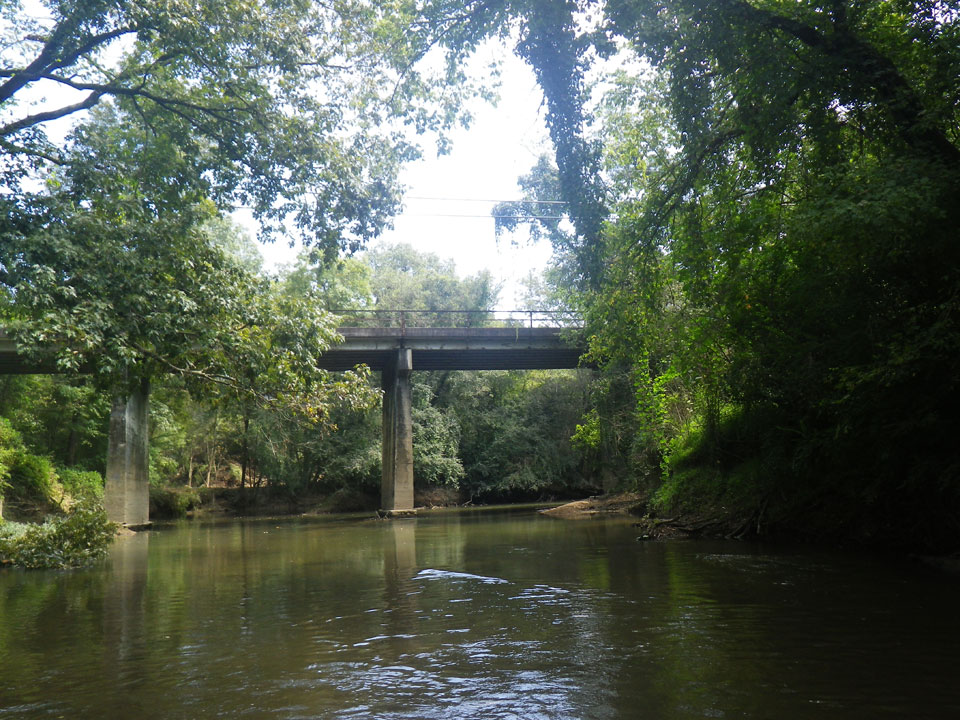 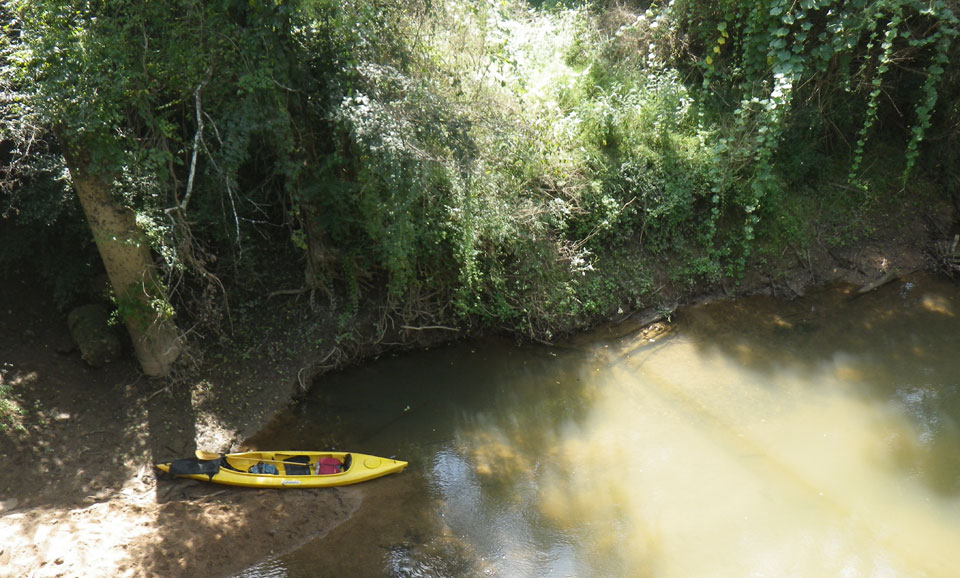 I parked the boat and had a look around the old bridge.  I took a few choice photographs of it’s crumbling underbelly. Under here is still standing an interesting circular pillar that’s older that anything else. 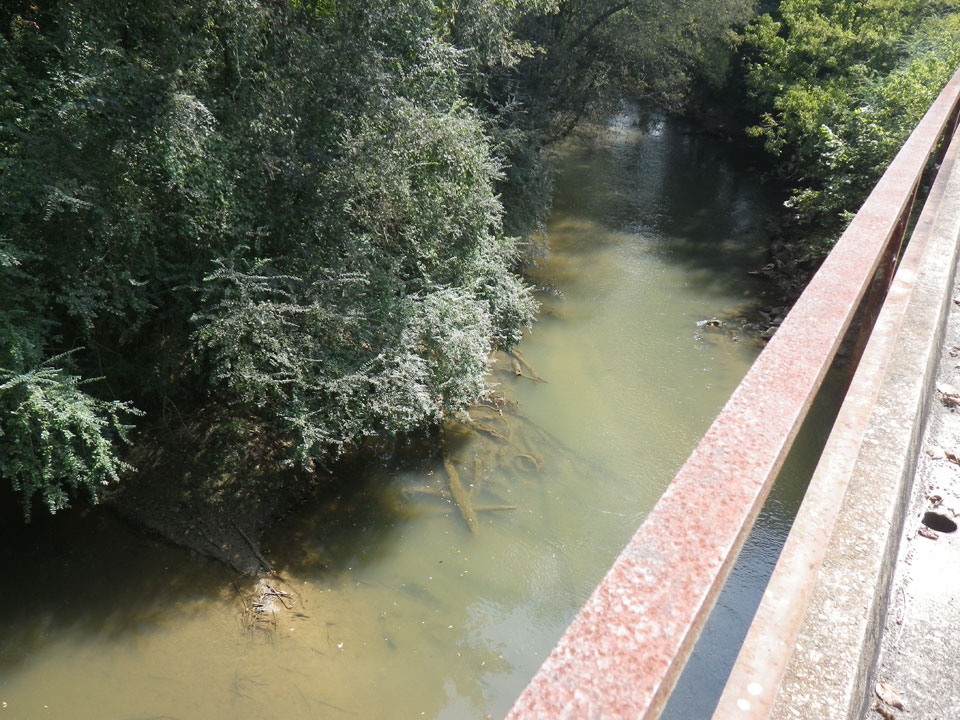 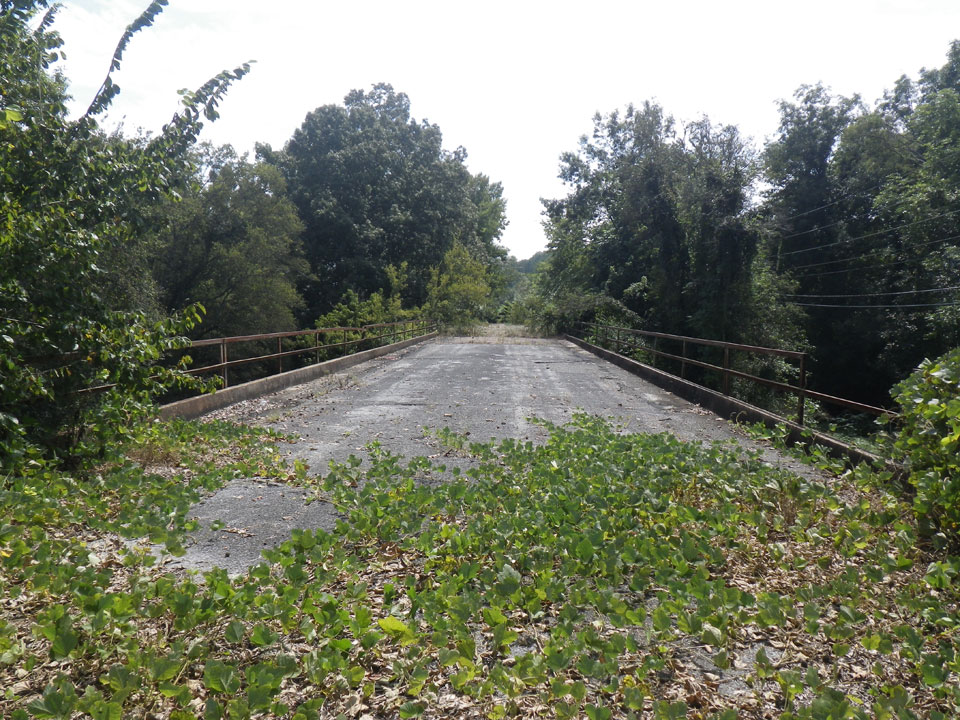 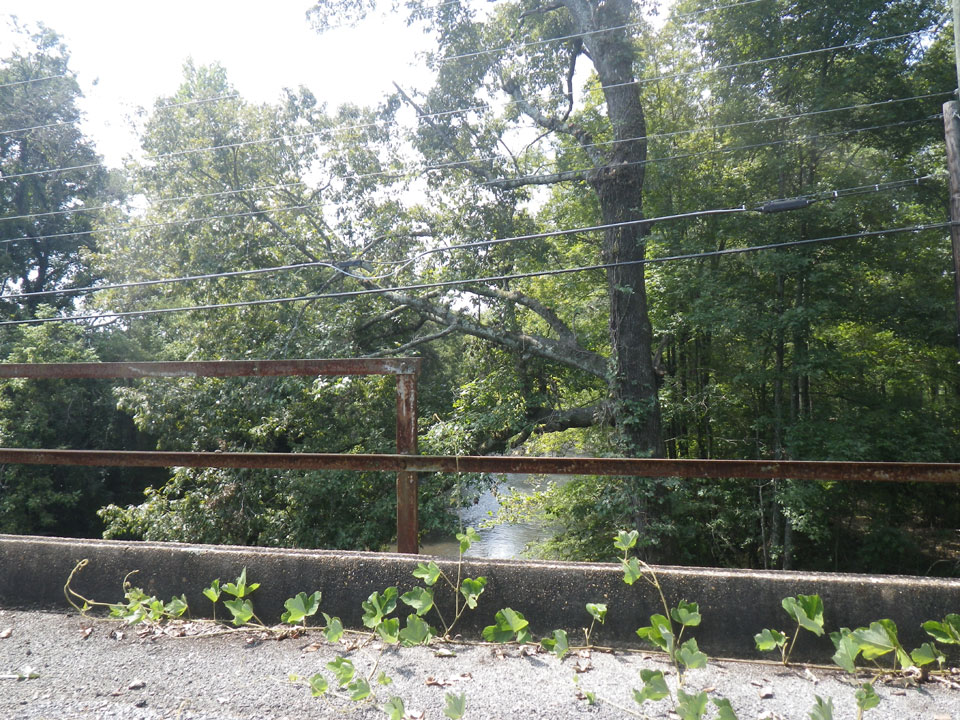 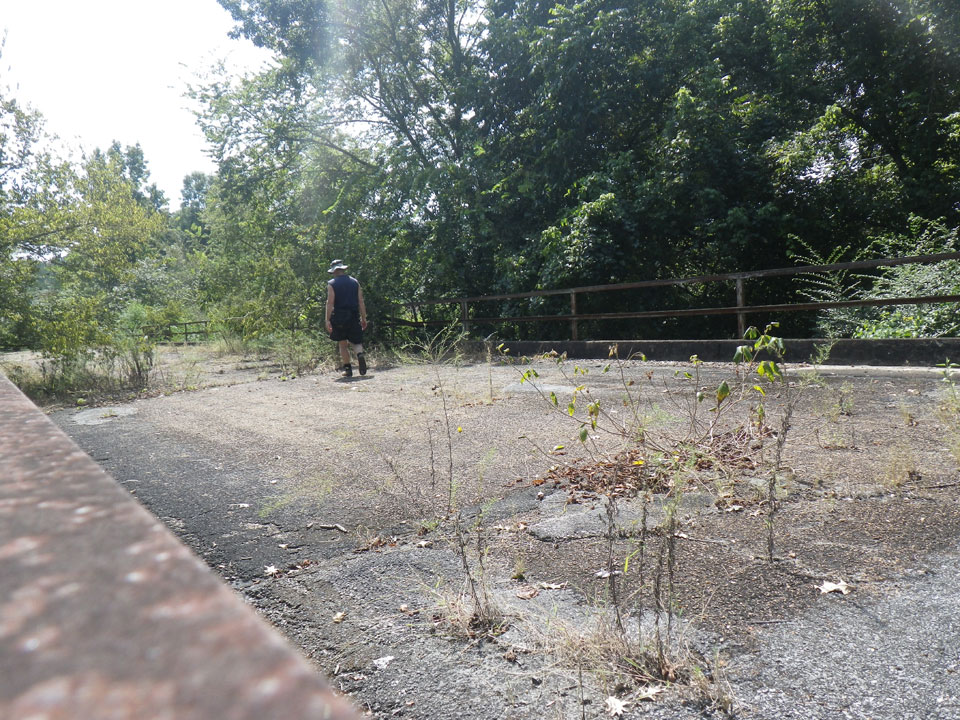 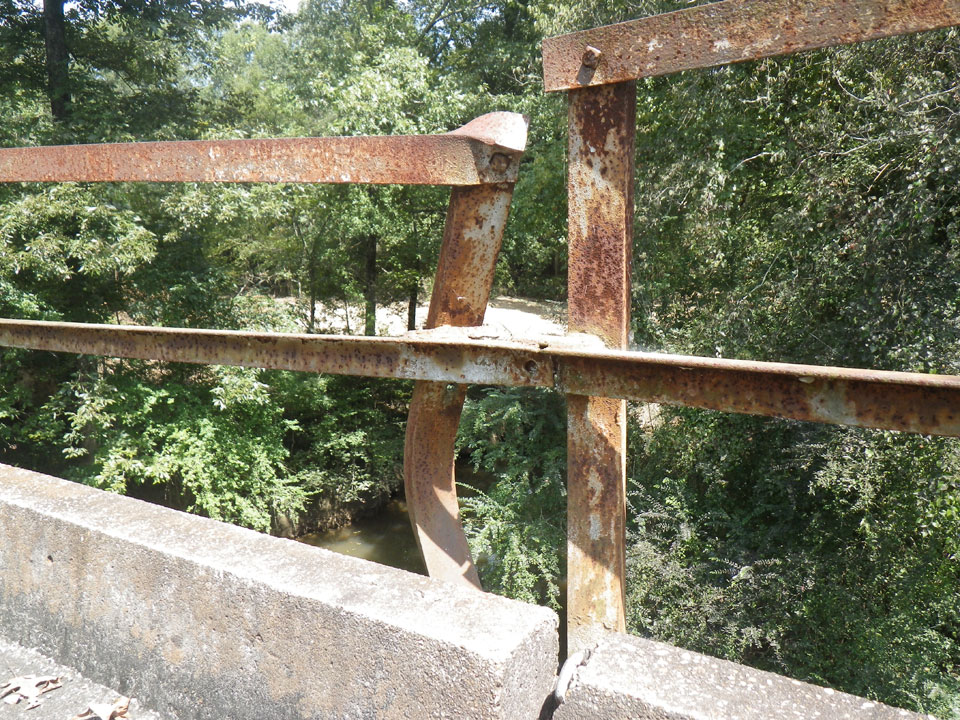 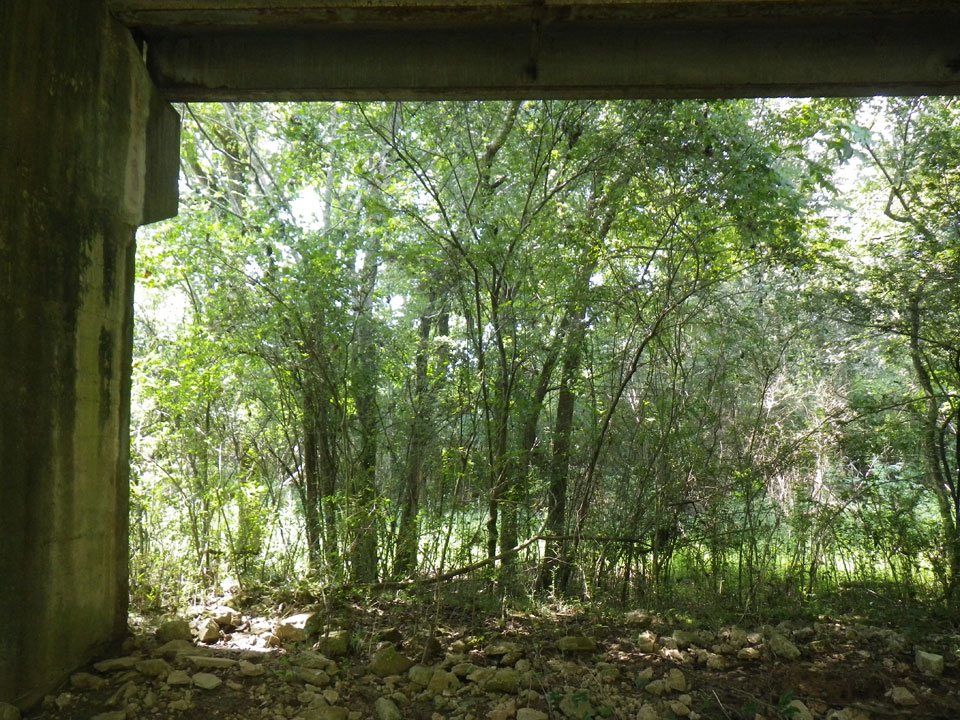 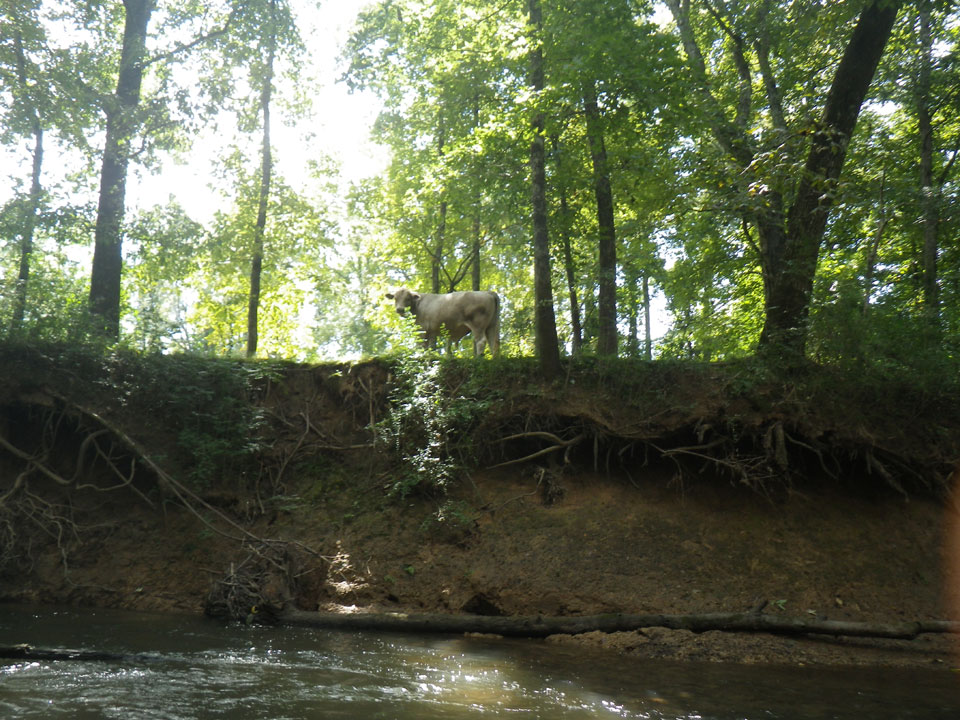 Paddling past the bridge lead to a cow field. There was an old barn with it’s tin roof peeling away.

I’m heading back now, drifting on the current. The Ohatchee road bridge is bathing in the midday sun. 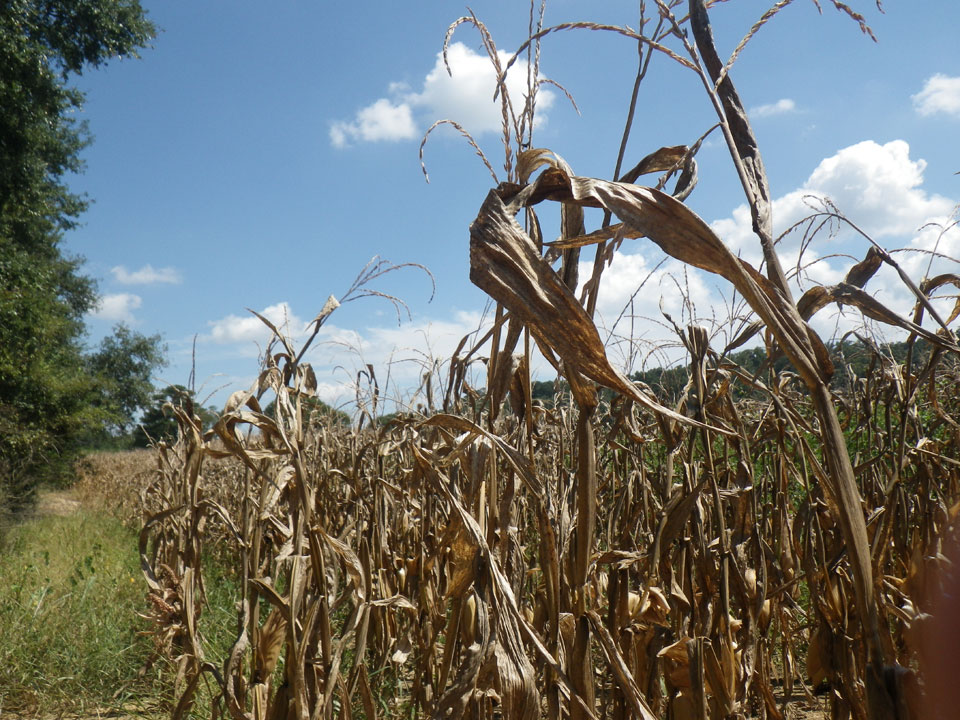 A field of unharvested corn stands along the creek bank. 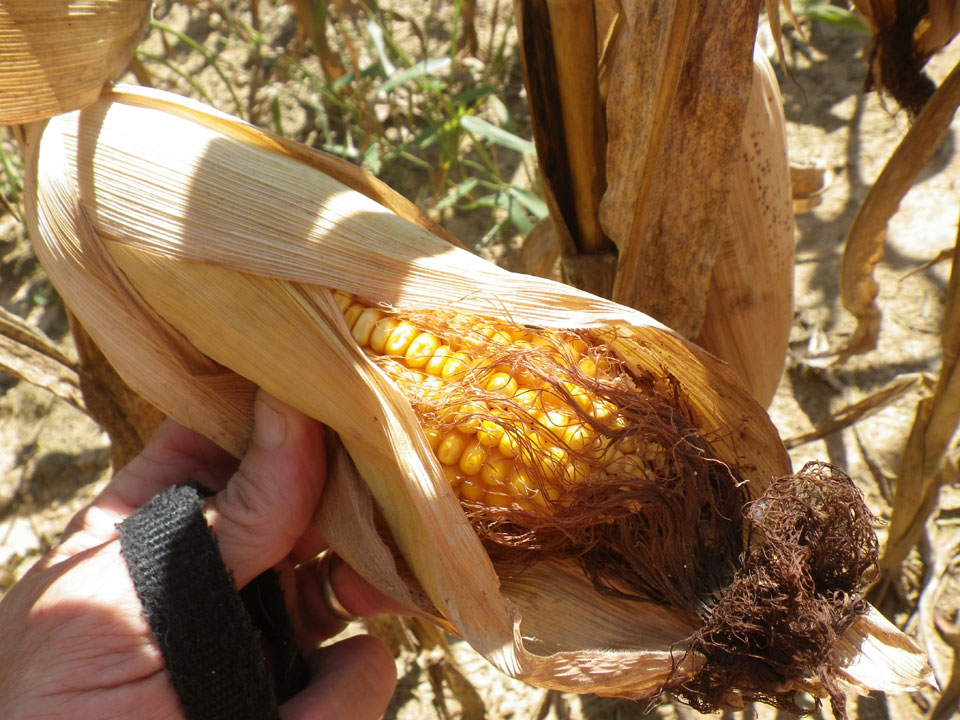 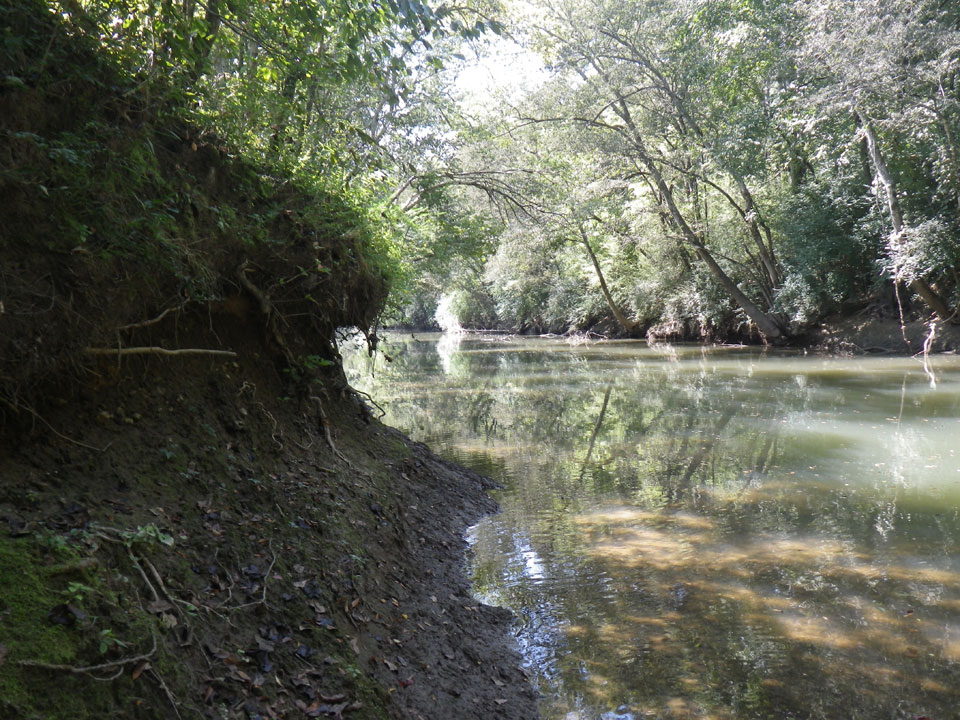 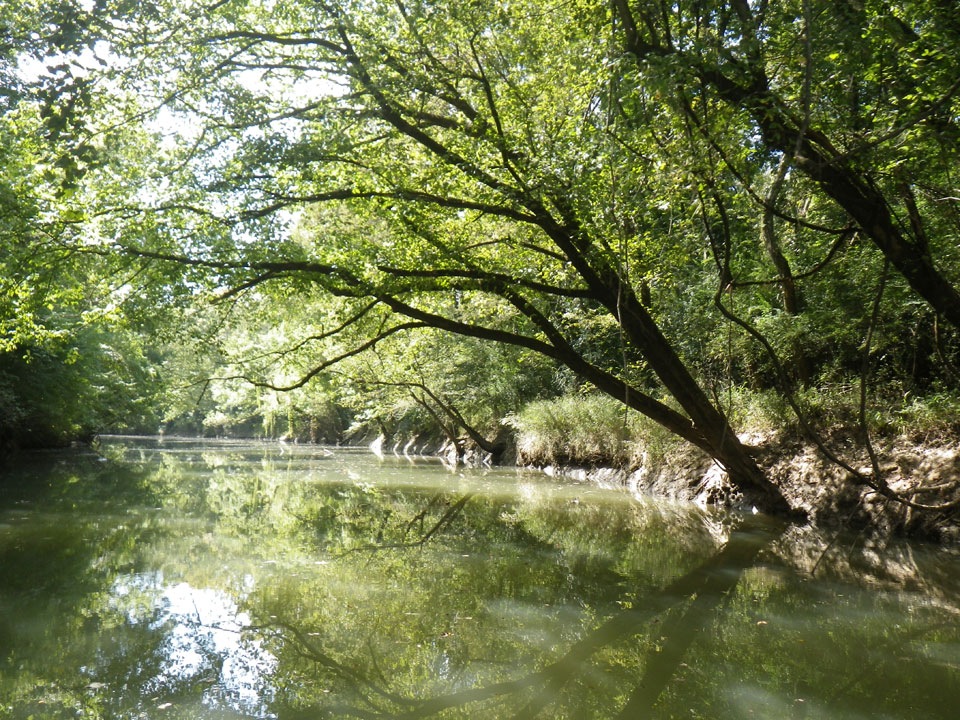 Upon exiting the creek with time and daylight to spare I paddled down the Coosa River to have a look at a train bridge. 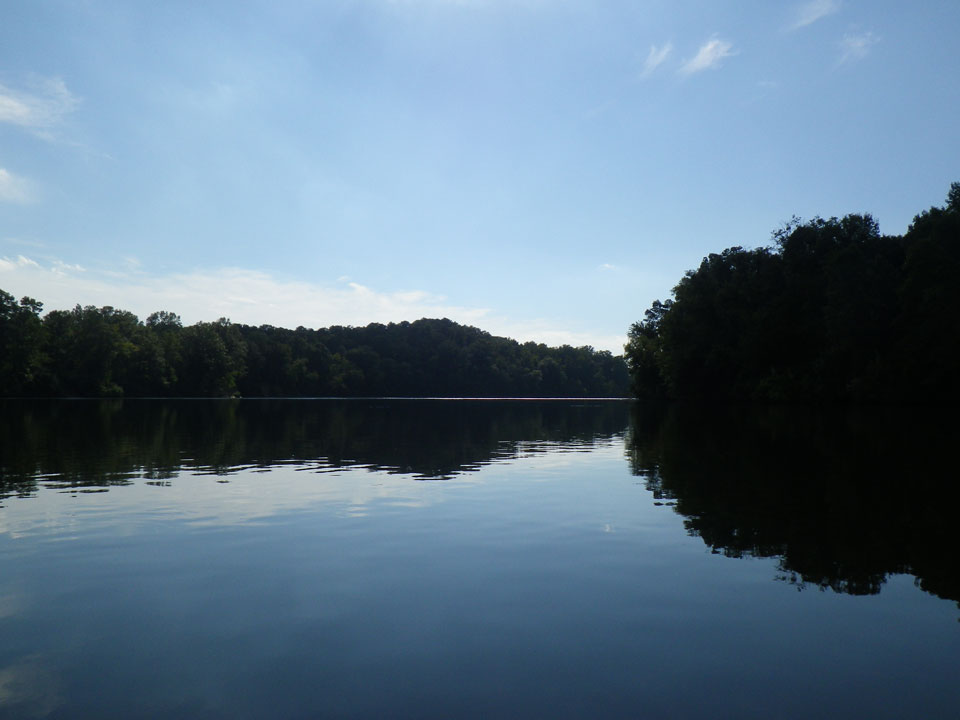 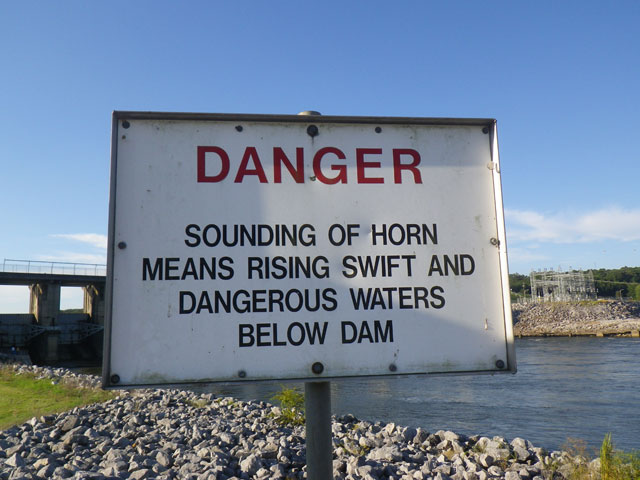 Before driving home I checked out the Coosa dam that had provided the swift current up the Ohatchee river at the start of the day. The river was bubbling up like an underground volcano while fisherman were casting in the swirling water. 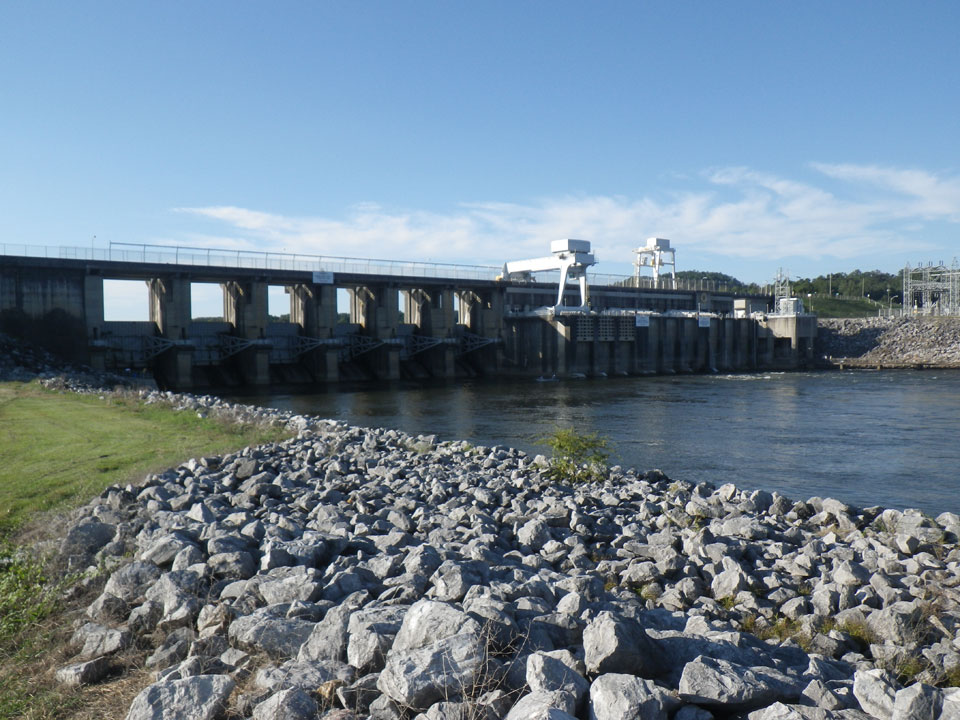 While crossing over the Coosa Dam the lake on the other side sure looked inviting. It’s on the list for next time.