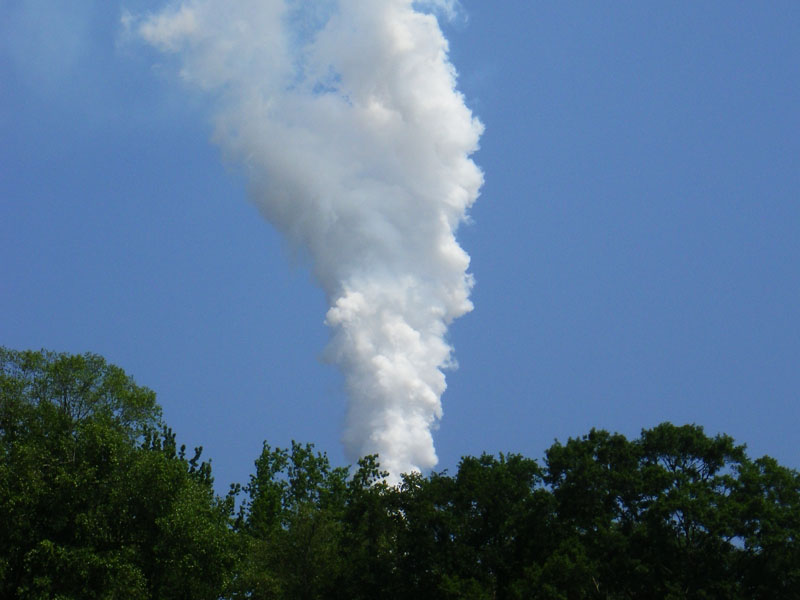 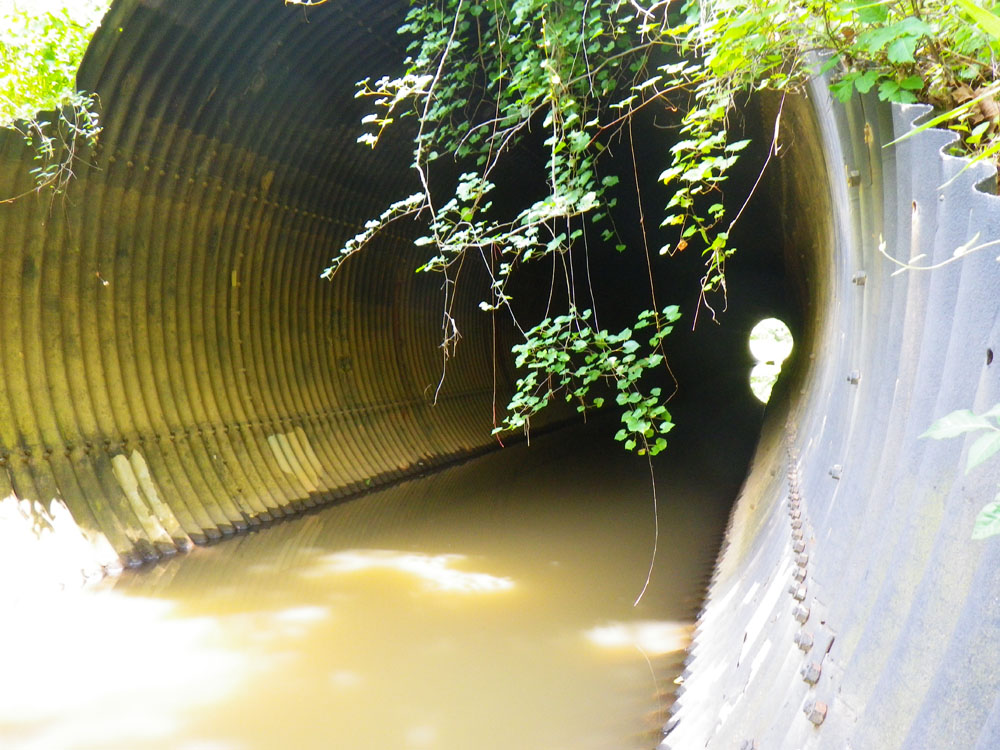 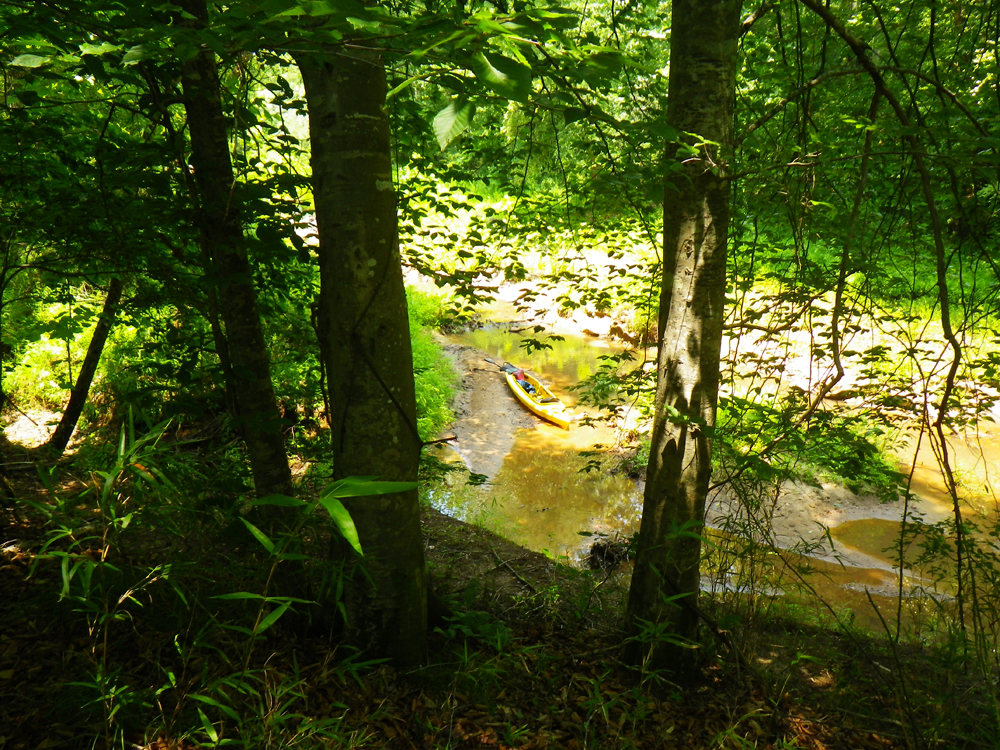 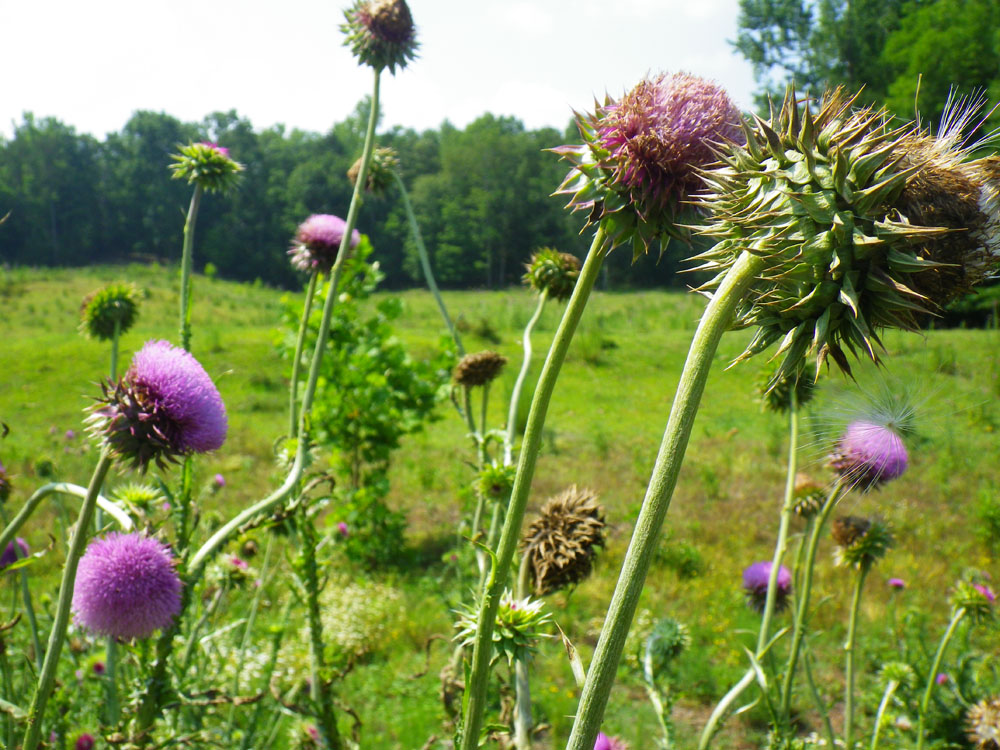 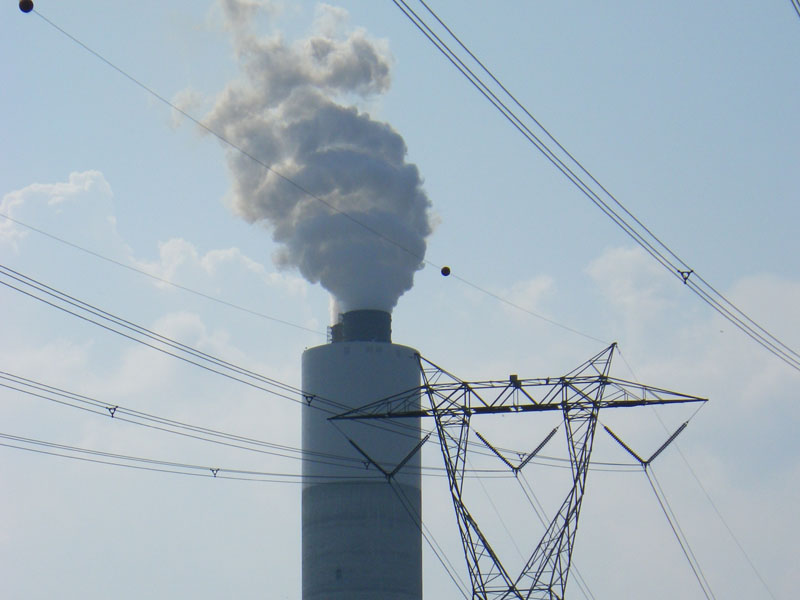 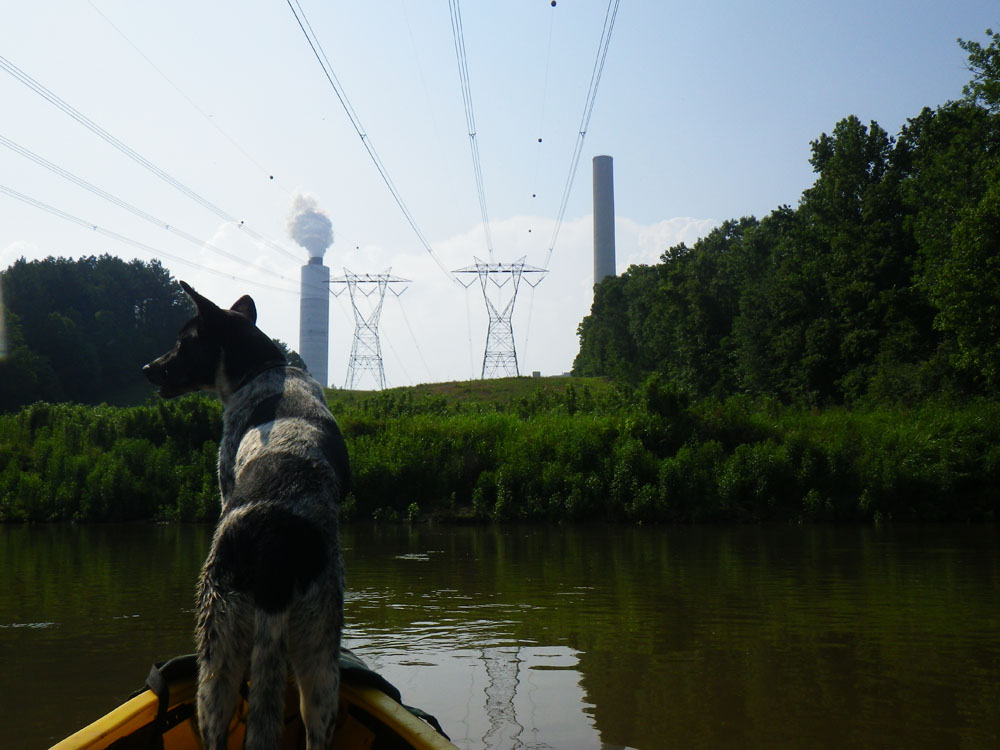 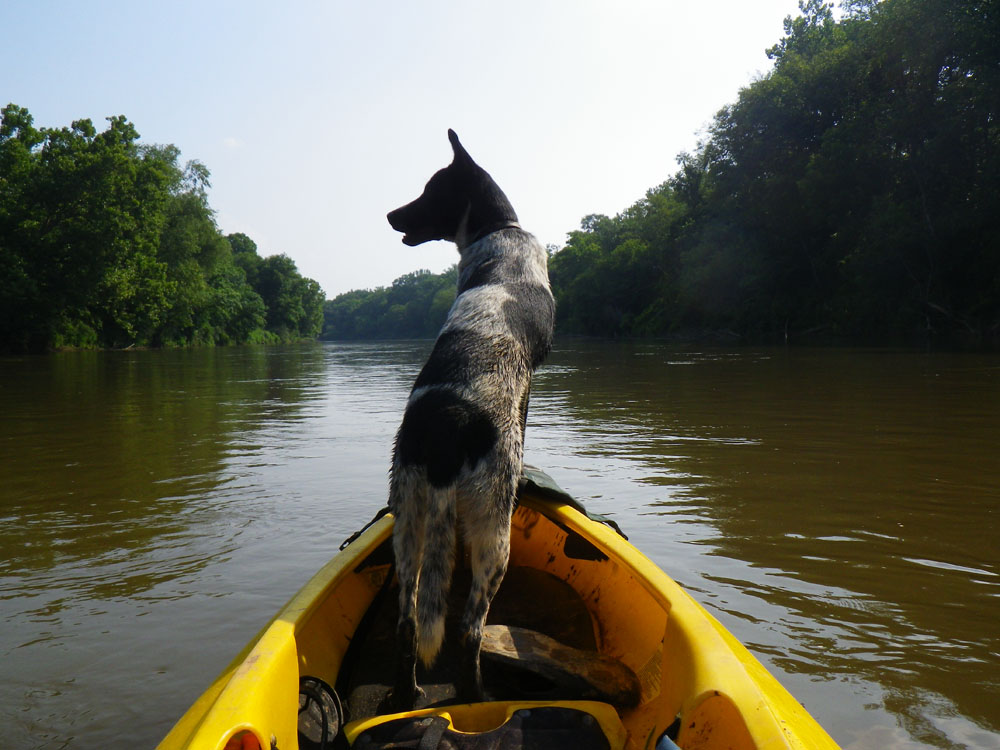 06:10:11, Georgia, 33° 23.673’N, 85° 1.992’W –  This day trip began at Hollingsworth Ferry Landing on the Chattahoochee River Southeast of Roopville, Ga.  The landing isn’t much to speak about and pretty neglected as is the rest of the area down here. Directly across the river is a burned out house.

What’s interesting about this section of the Chattahoochee river is that it snakes behind a big Georgia Power Plant.  Paddle up river and almost right away you’ll see big smoke stacks pumping out waste above the treetops.  I hate what it’s doing but it’s pretty cool to look at.

A couple of miles from the landing there’s a creek that flows from the Plant’s water ponds.  It’s a nice paddle up in there with lots of sand banks to chill out on.  I took it as far as I could go until the creek tunneled under a busy road inside the power plant boundary.  No worries, I was down low and well out of sight as if anyone would have cared to begin with.

Further up the river are gigantic silos sucking up the water out of the Hooch.  I was hoping to explore up close but there were workers wandering about so I pushed on a few more miles and ended up looking around a cow pasture before turning for the drift back to the landing.

Except for the low drone of the Power Plant, it’s super quiet here. No planes.  No cars.  No boaters.  Just how I like it.