08:05:11, Georgia, 32° 40.170’N, 84° 5.875’W – From 1804 to 1818 The Creek Indian Agency was located on the Flint River, near Knoxville, GA, and was the headquarters of the Agent for Indian Affairs South of Ohio until the area was acquired by Georgia in the Creek cession of January 24, 1826.  Here Benjamin Hawkins, agent from 1796 to 1816, negotiated treaties with the Creek Indian Nation and was well respected by the Creeks.  He established an immense model farm and taught the Indians how to spin and weave and grow cotton, corn, grain and cattle.

I wondered if anything was left of the Creek Indian Agency after 185 years so I put in on the Flint River at a boat landing under the hwy 128 bridge Southwest of Knoxville, GA and drifted downstream to the former location to do the rest of the exploration on foot.

I walked up a dry creek bed with high banks that cut through narley underbrush onto a field of tall grass.  Could this be where the Creek Indian Agency once stood?  Something used to be here for sure.  I could make out 3 old roads, barely distinguishable, converging on this very spot.  There was no structural evidence.  Still, the thought that I might be standing on the same ground where hundreds of Creek Indians once gathered was humbling.  In this silent field their presence still lingers.

There was plenty of daylight left so I paddled a few miles up the Flint River to wind away the rest of the afternoon.  It was beautiful, quiet and spotted with deep pools and sandbanks.  A high ridge cut down to the water exposing hugh chunks of flint rock.  Benjamin Hawkins wrote that the Creek Indian name for the Flint River was Lonatiskahatchee and that the word lonato meant flint; hachee was the Creek word for stream or creek.  The Creek Indians used the Flint rock to chip arrowheads and spear points that were highly valued and traded throughout the region.

Before calling it a day I climbed the ridge for a scenic view of the Flint River and watched it melt into the late afternoon sun.  However, my journey of discovery was not yet over.

With the yak secured safely on top of the van I was back on the highway heading to camp at the Flint River Outdoor Center near Thomaston when I turned off onto a side road named Benjamin Hawkins Drive.  The road dead-ended at the river.  A single live oak stood in the center of a small clearing.  Beneath the tree was a grave.  It was Benjamin Hawkins himself in his final resting place.  I paid my respects and thought about the experiences he had with the Creek Indians I’ll never know about.  I do know that he took a Creek woman for a common-law wife and married her on his death bed.  And he coined the phrase God willing and the Creek don’t rise.

If you want to visit the gravesite of  Benjamin Hawkins the GPS is 32° 40.006’N, 84° 5.760’W. Afterwards push off from the landing under the hwy 128 bridge and spend some quiet time on the Flint River. Head upstream to see massive chunks of flint rock crumbling off the ridge.  Walk a few of the sandbanks.  The locals tell me there are still Creek Indian arrowheads lying around. 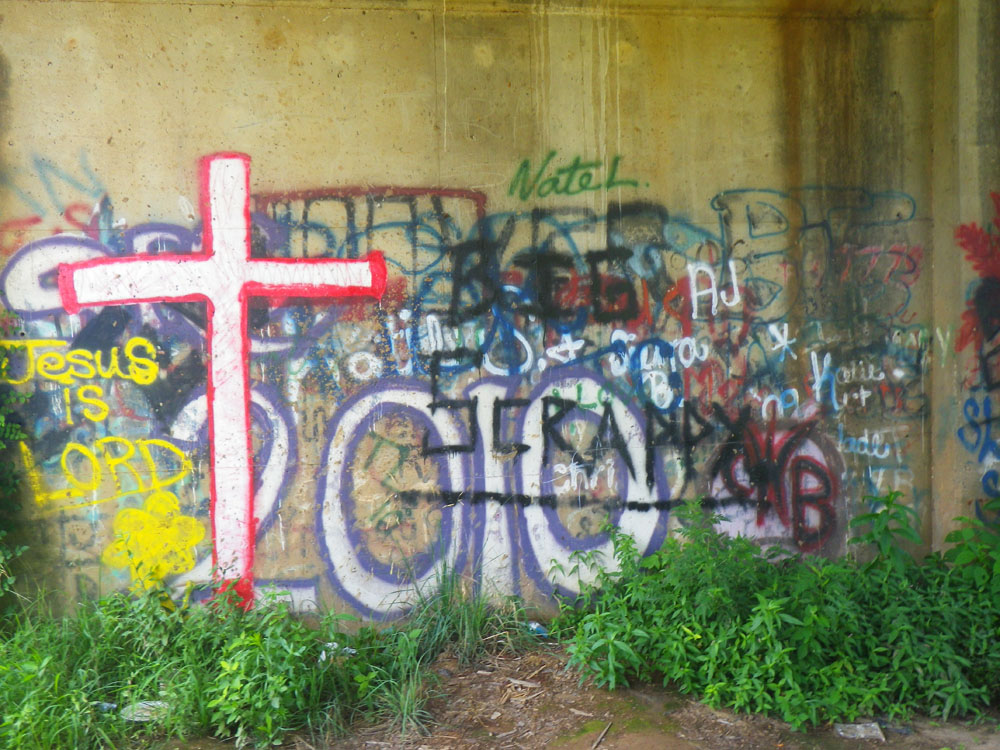 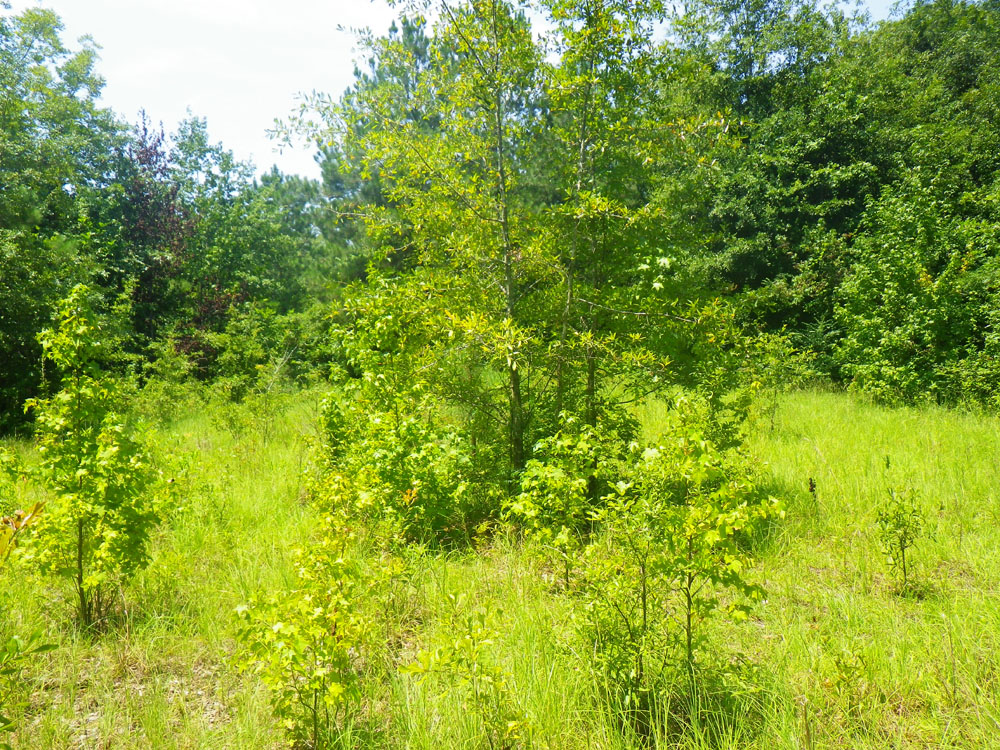 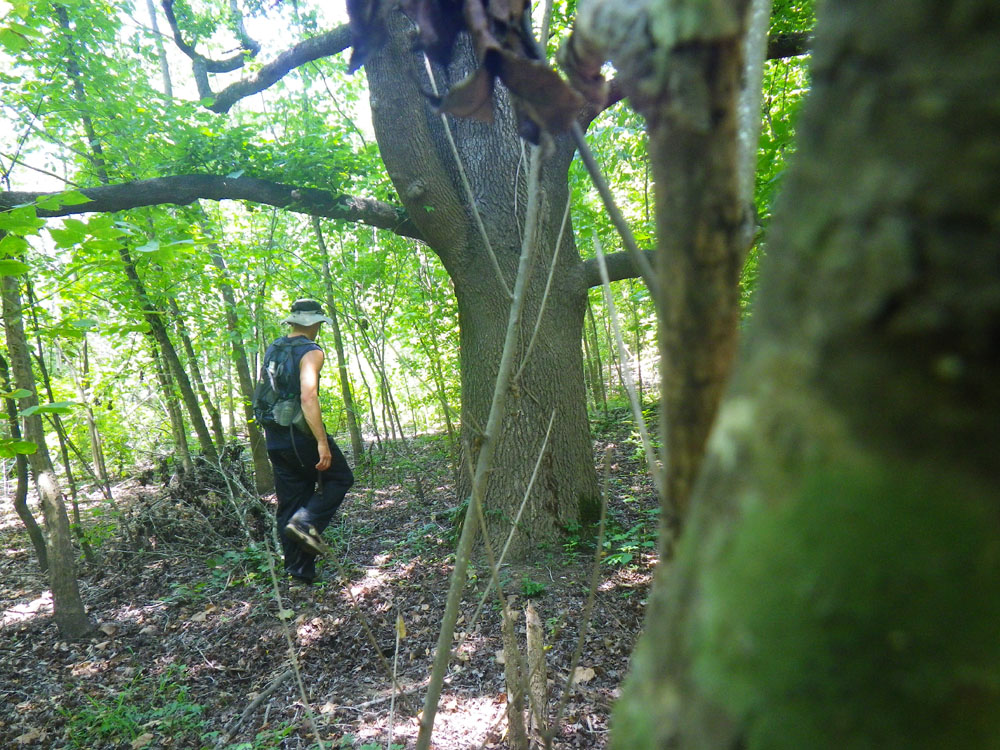 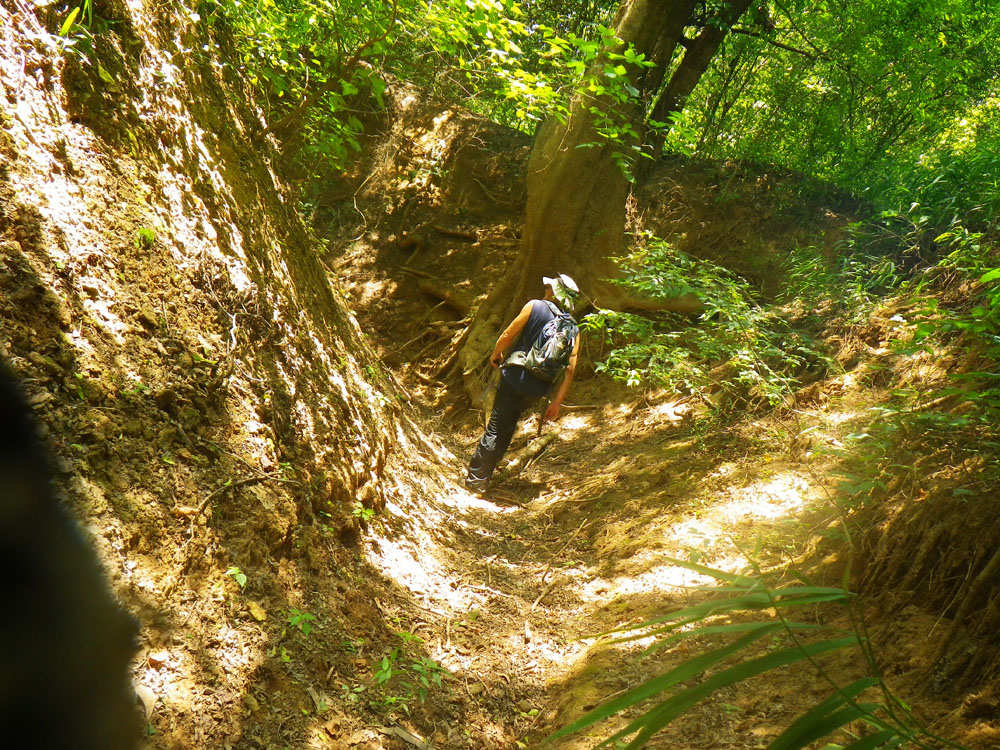 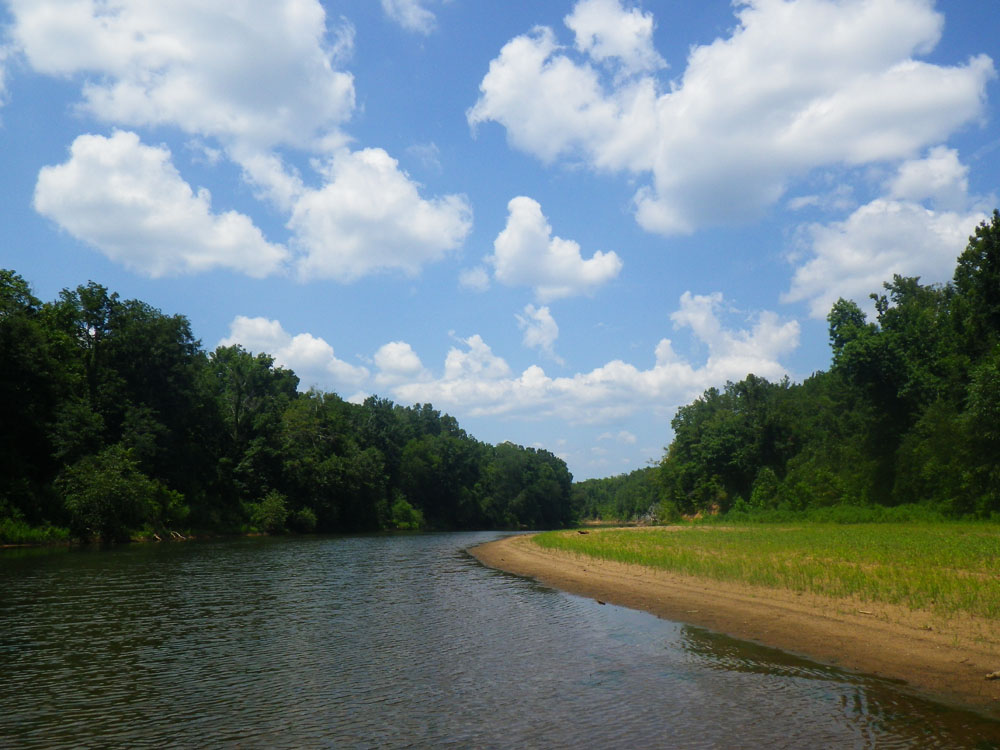 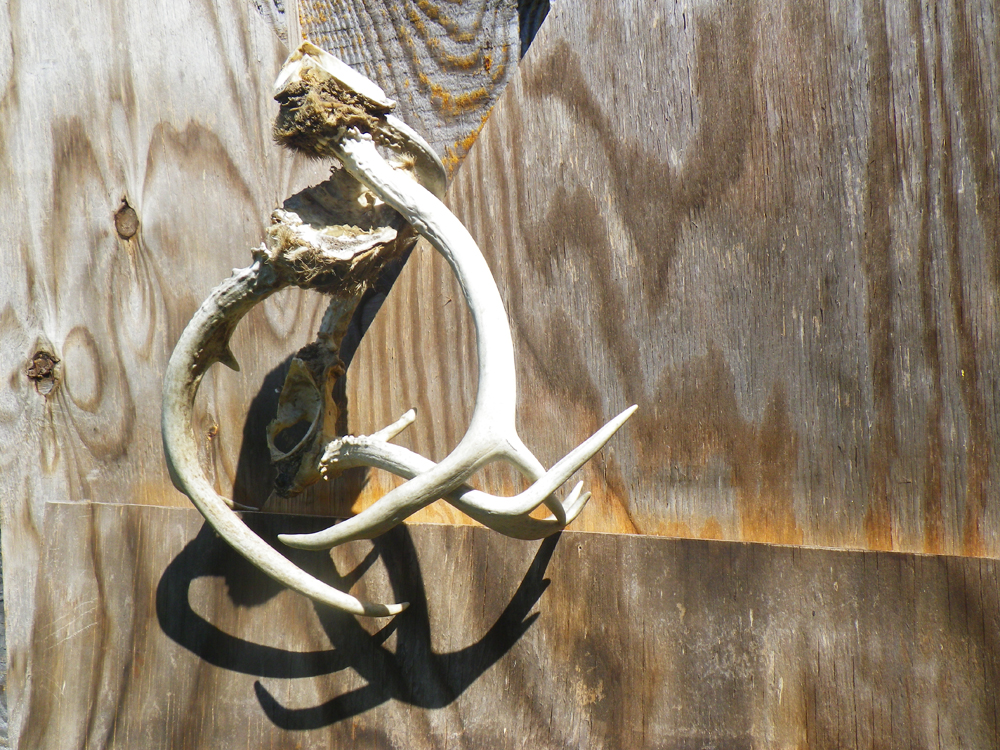 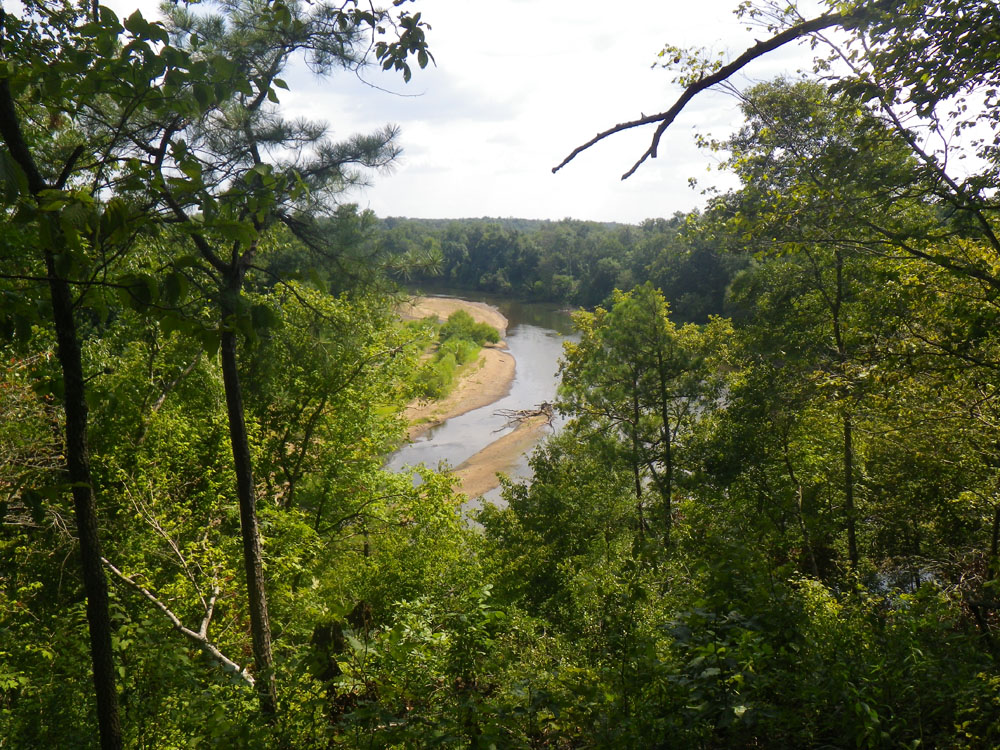 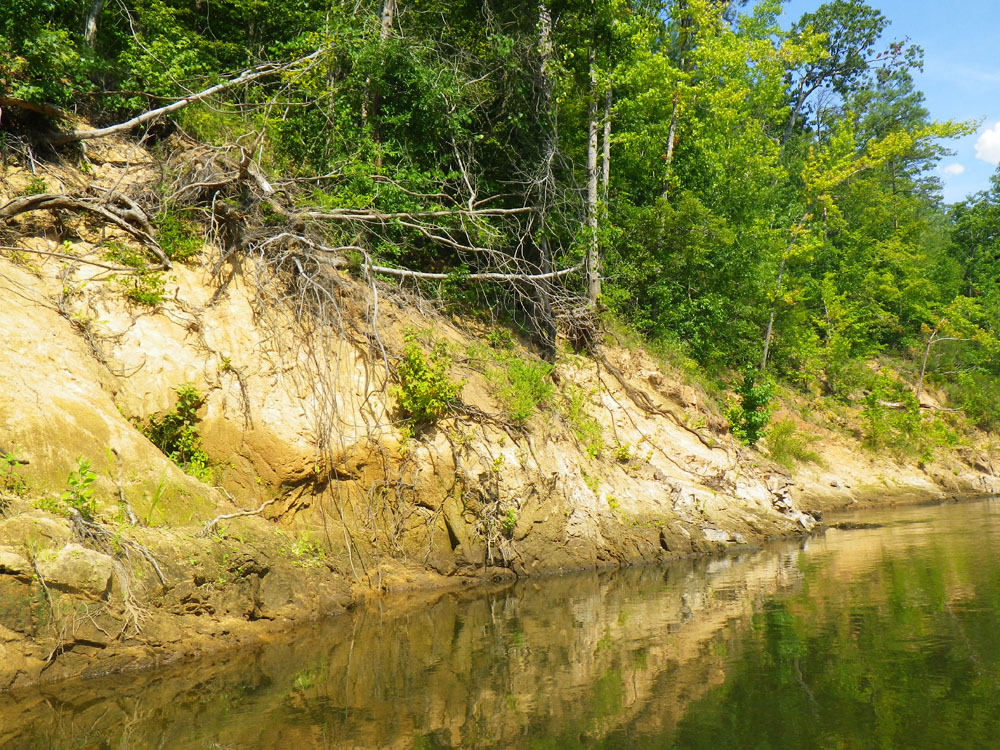 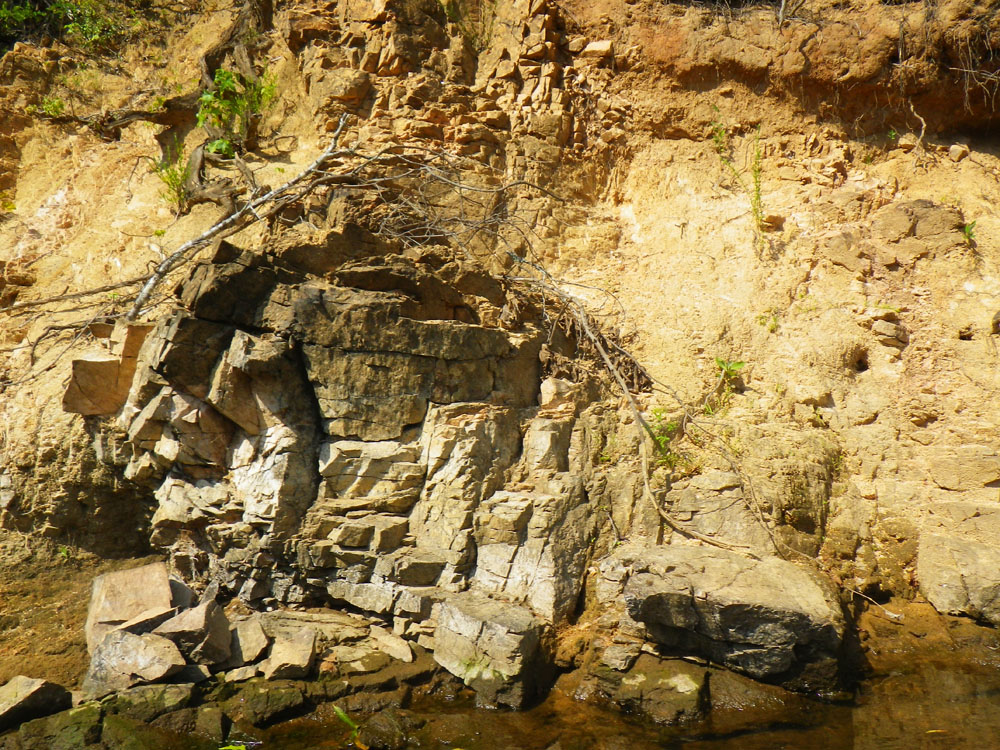 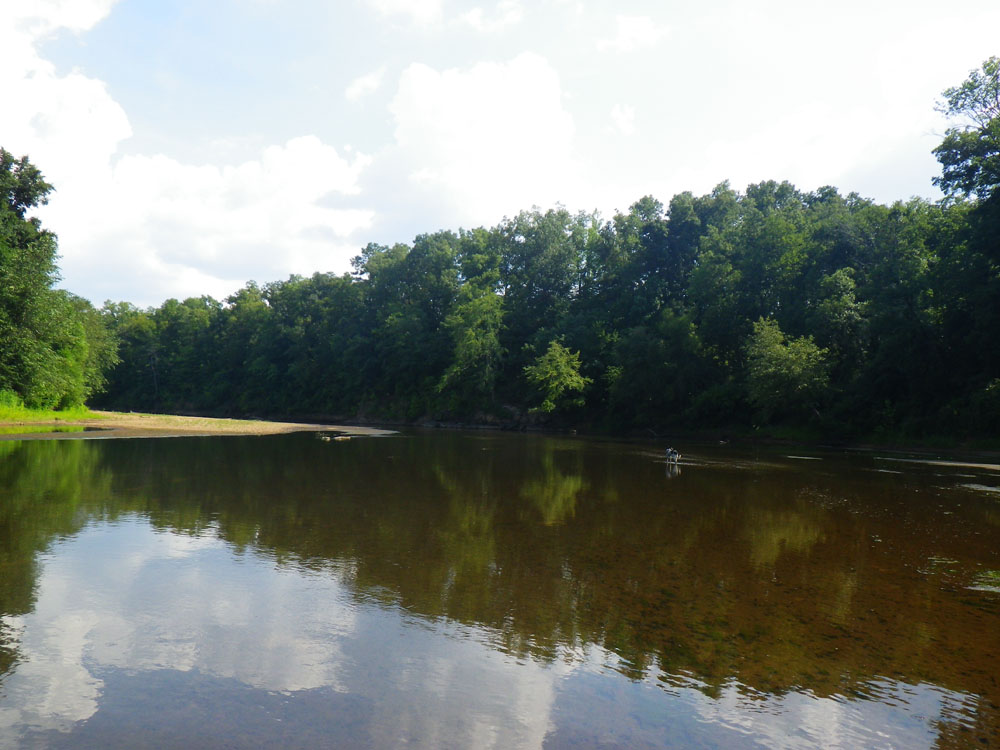 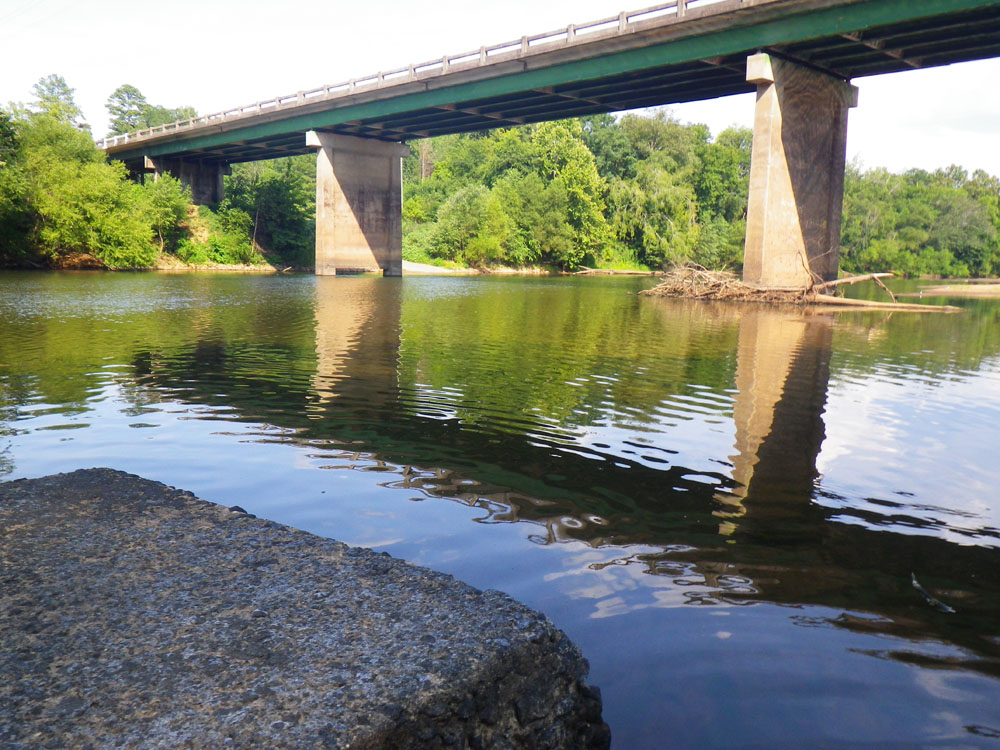 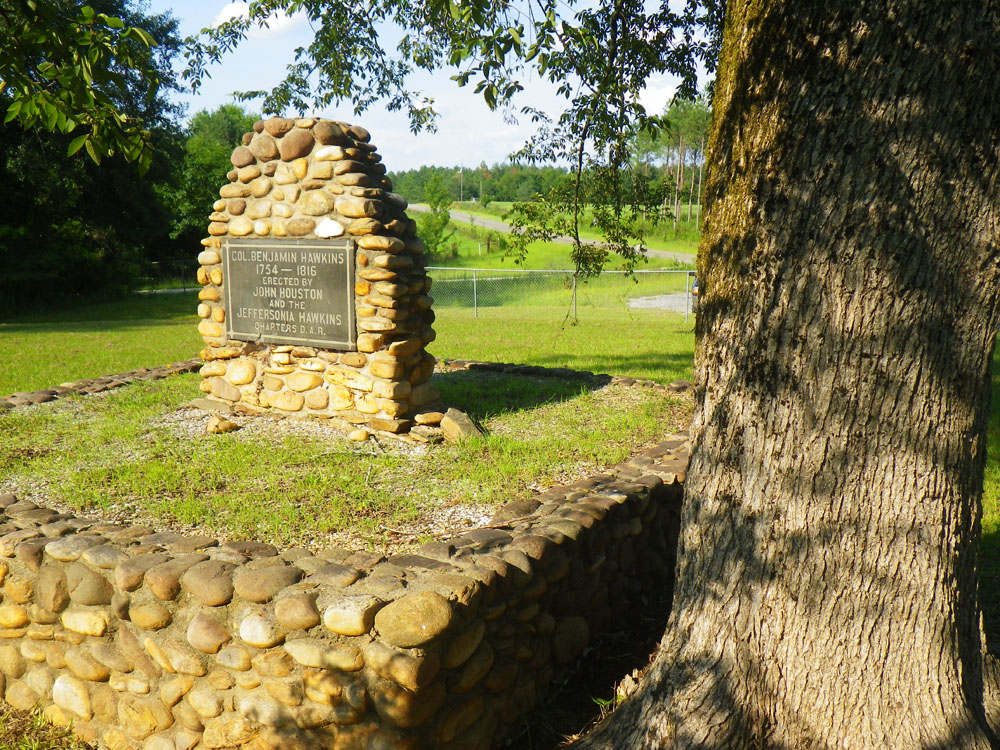 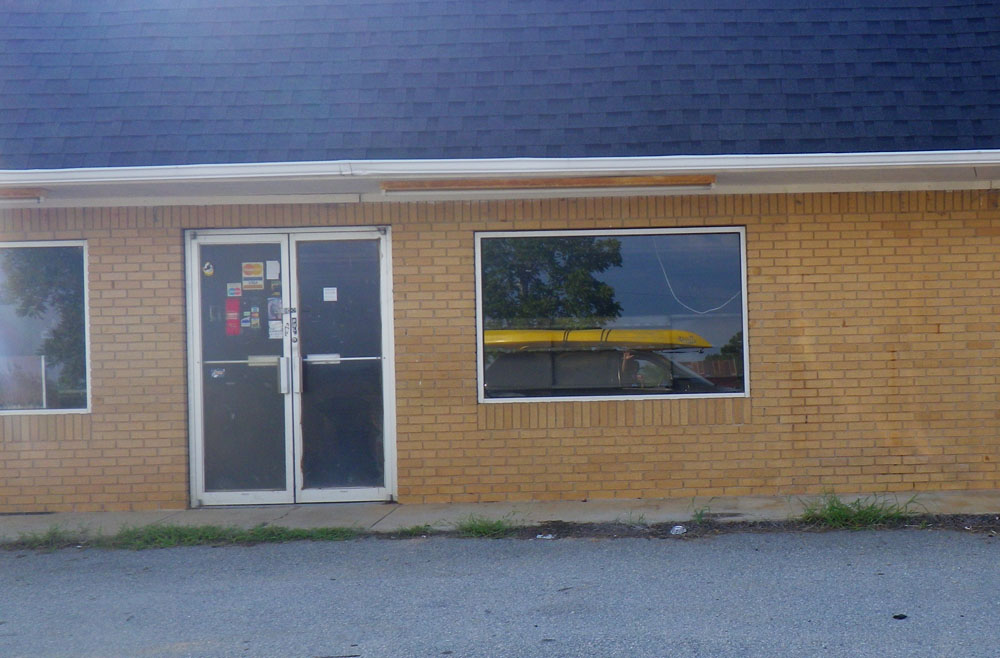 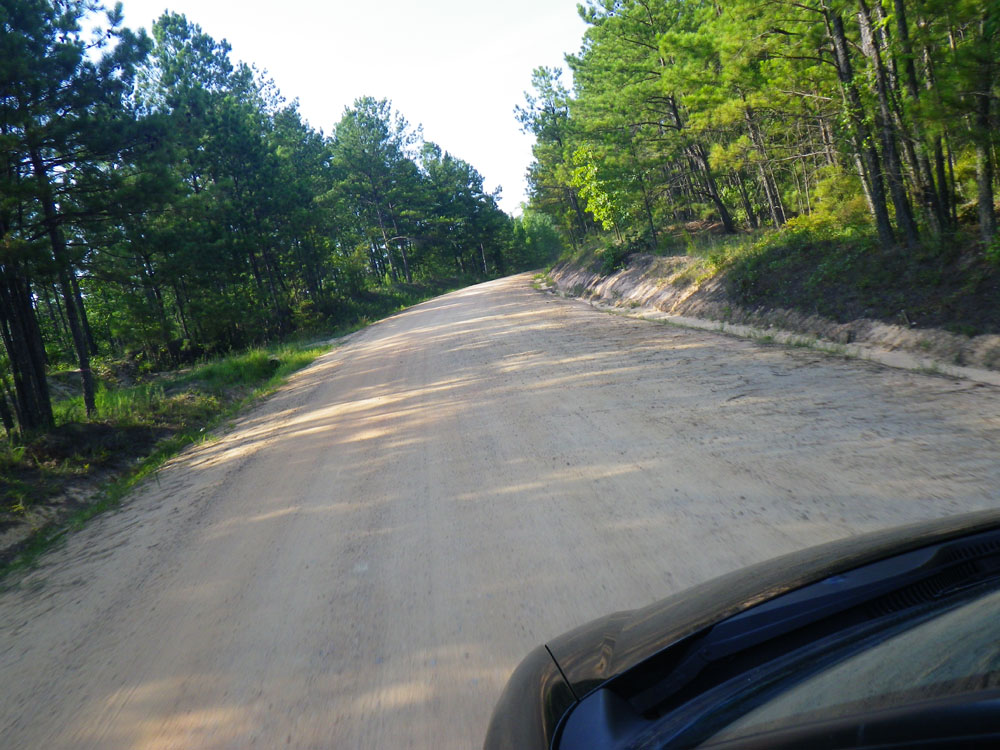 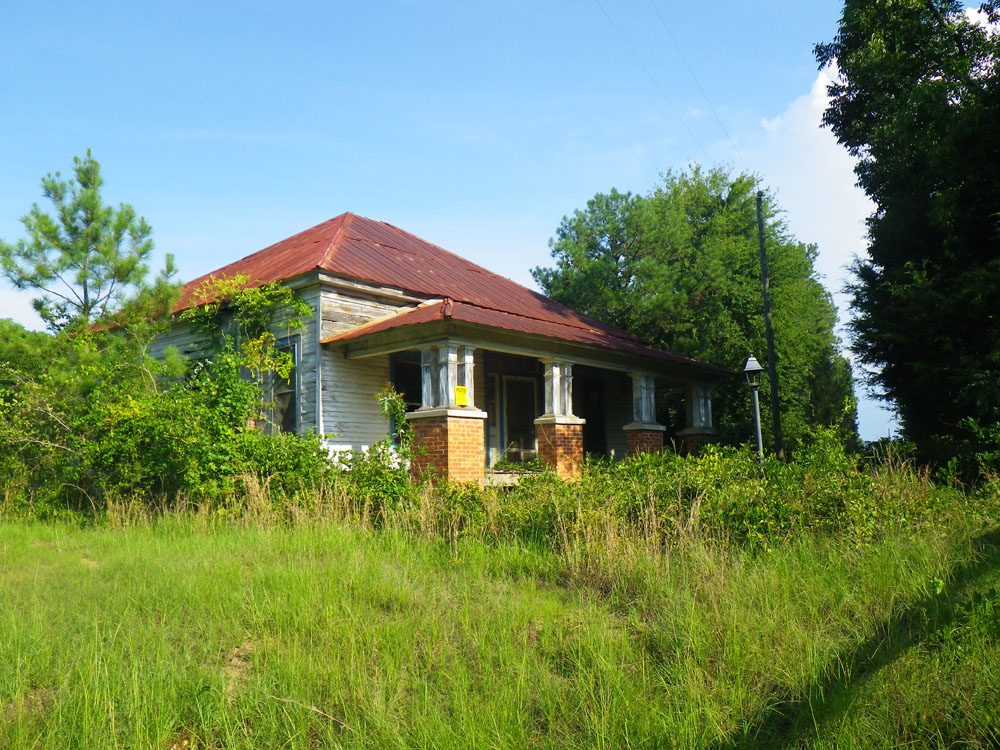 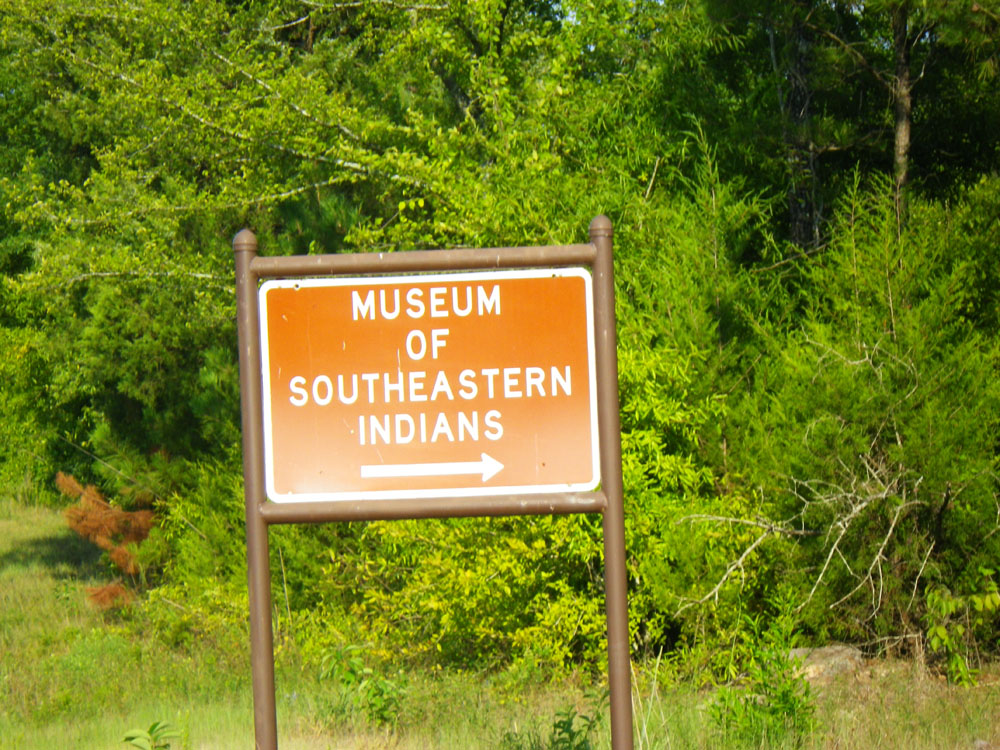 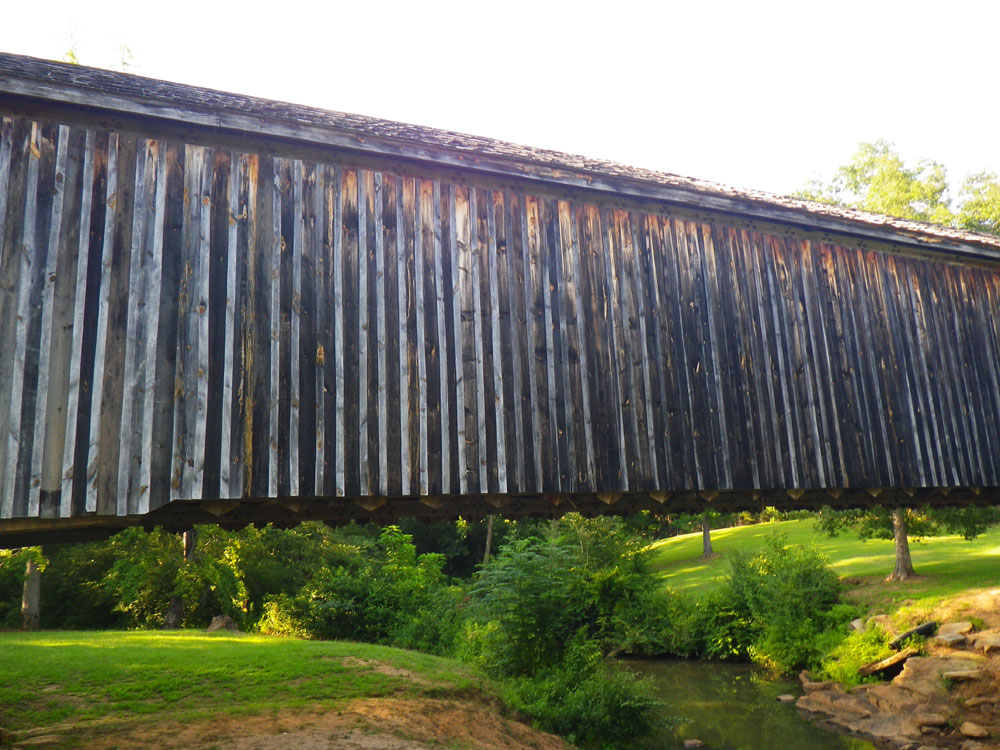 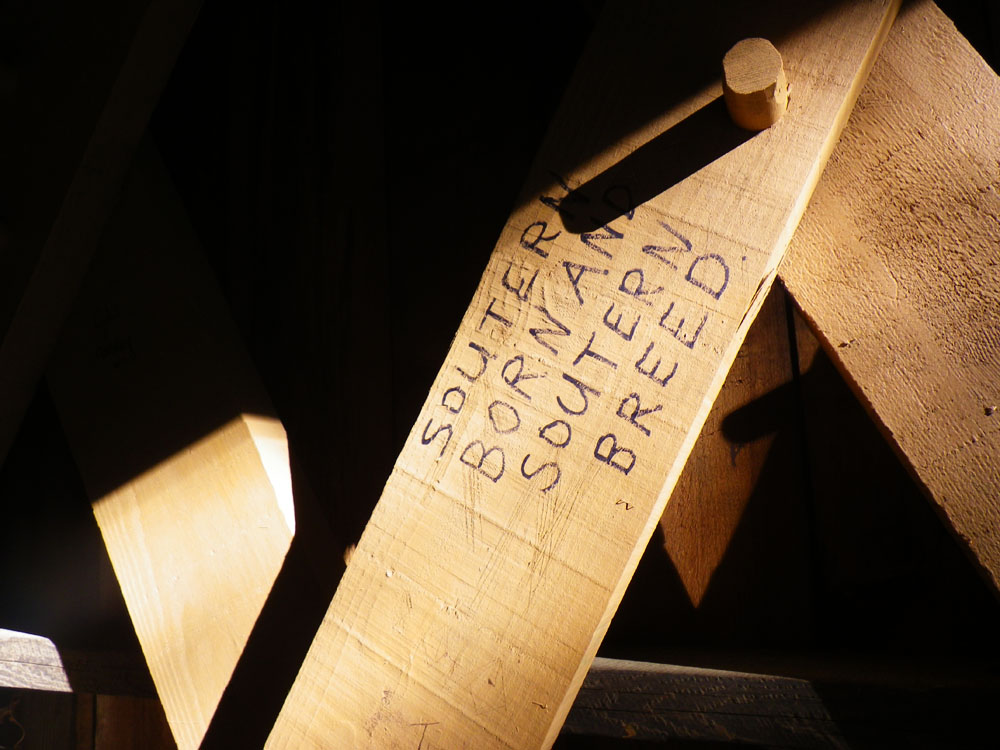 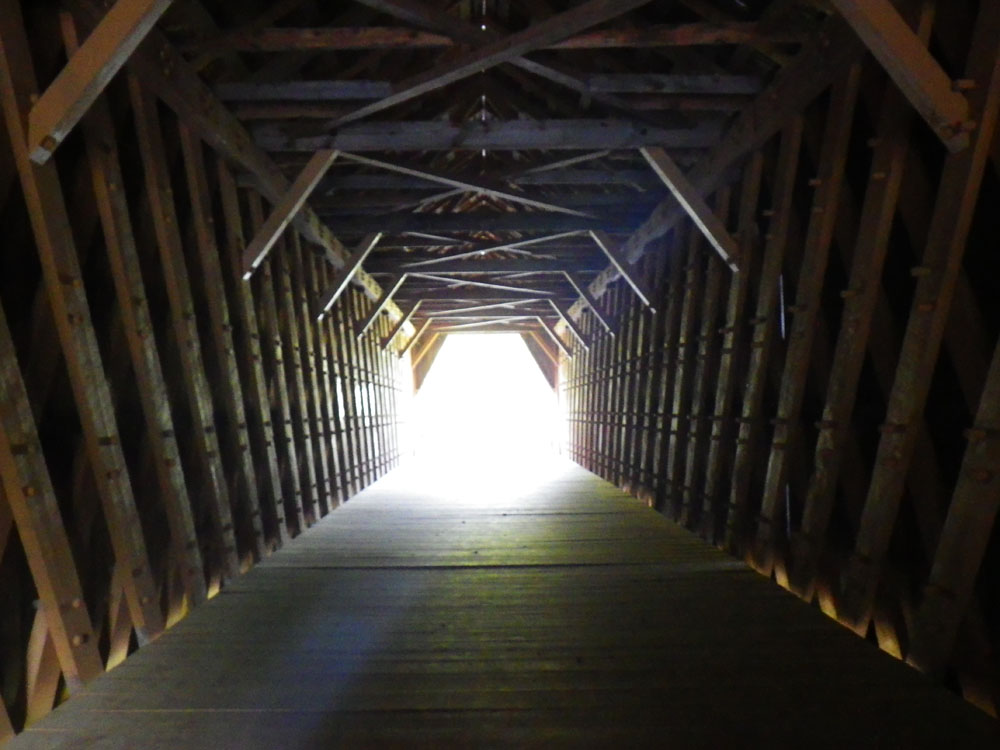 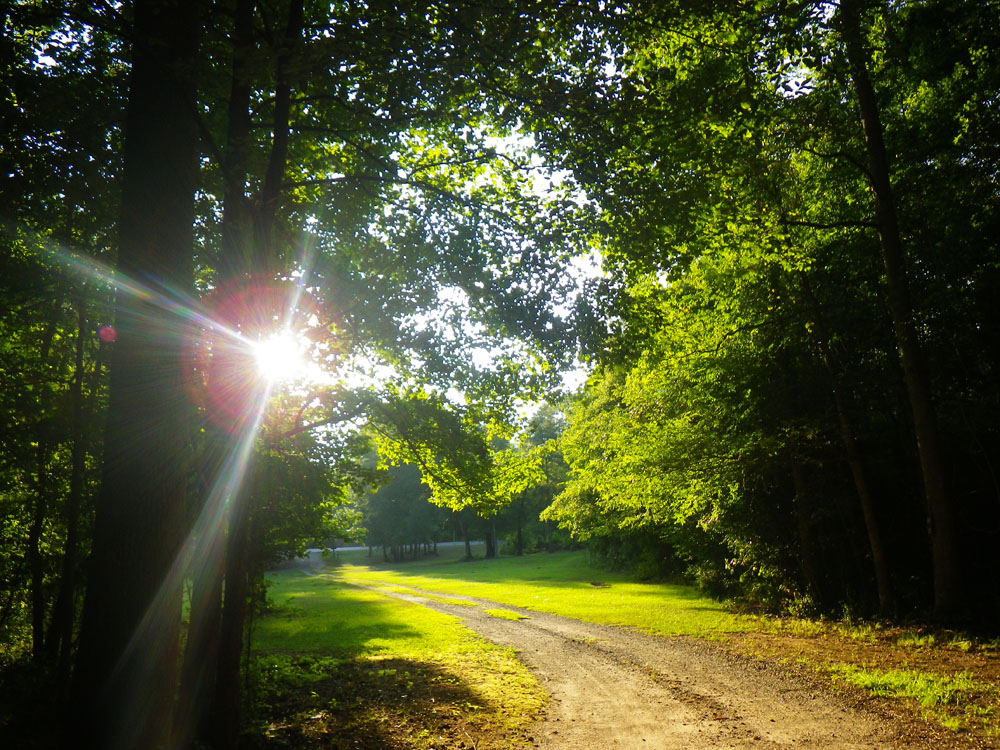 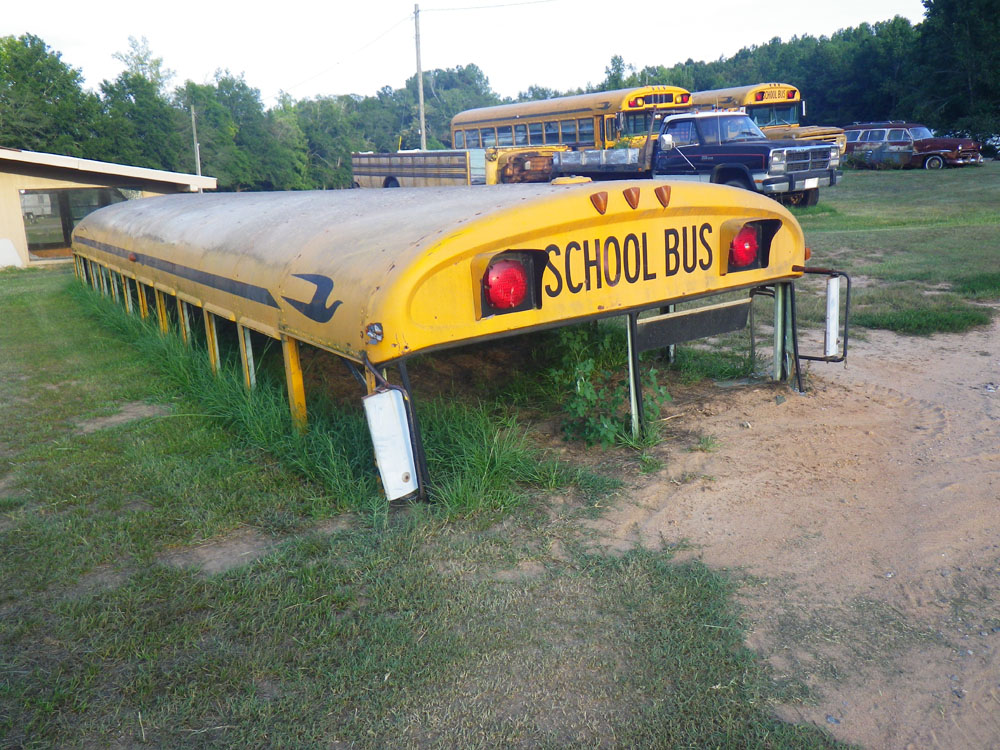 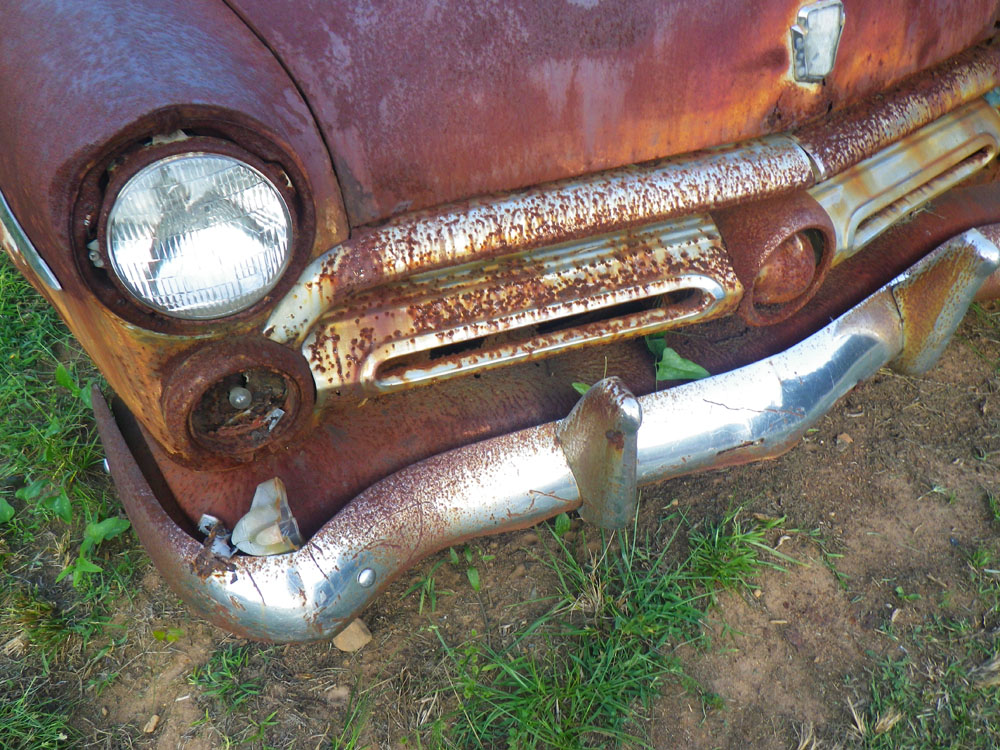 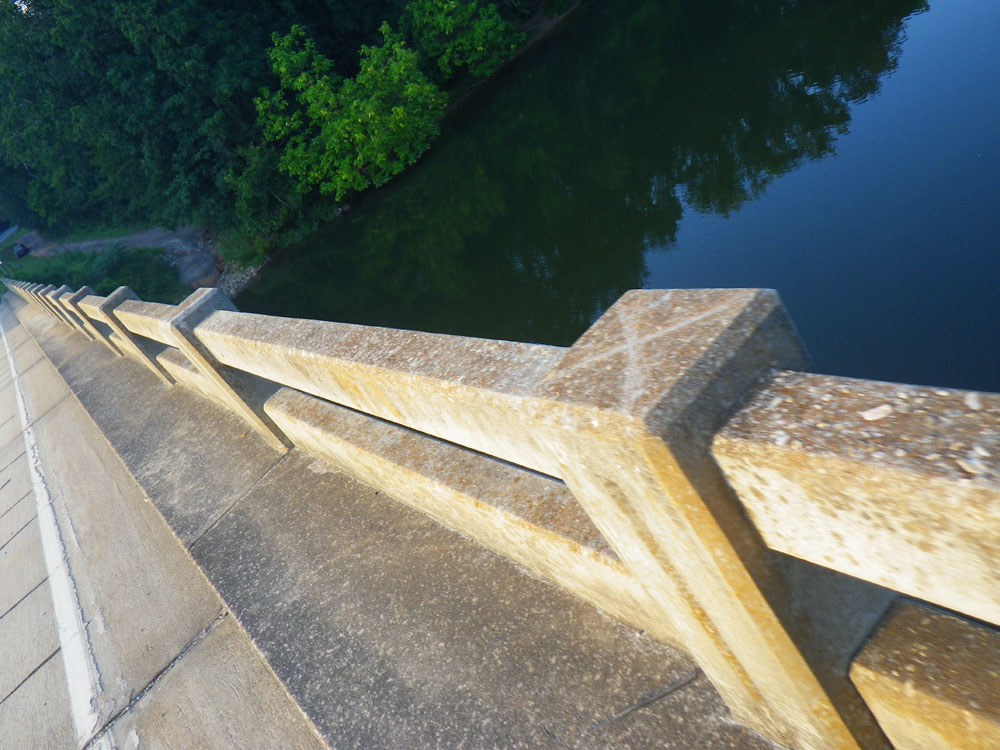 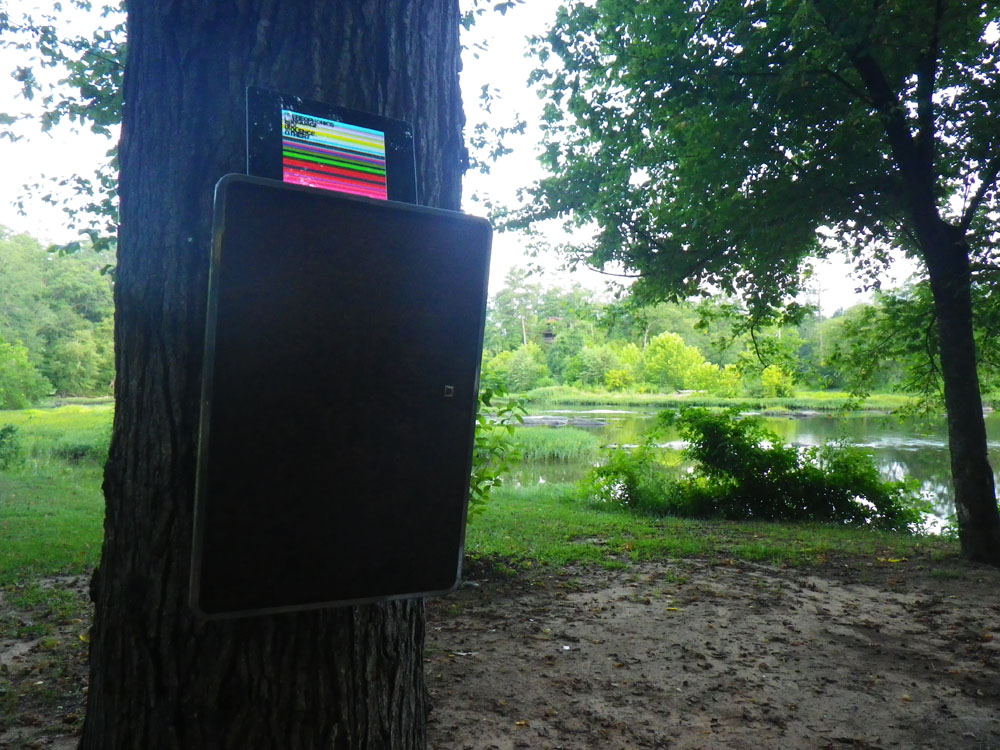 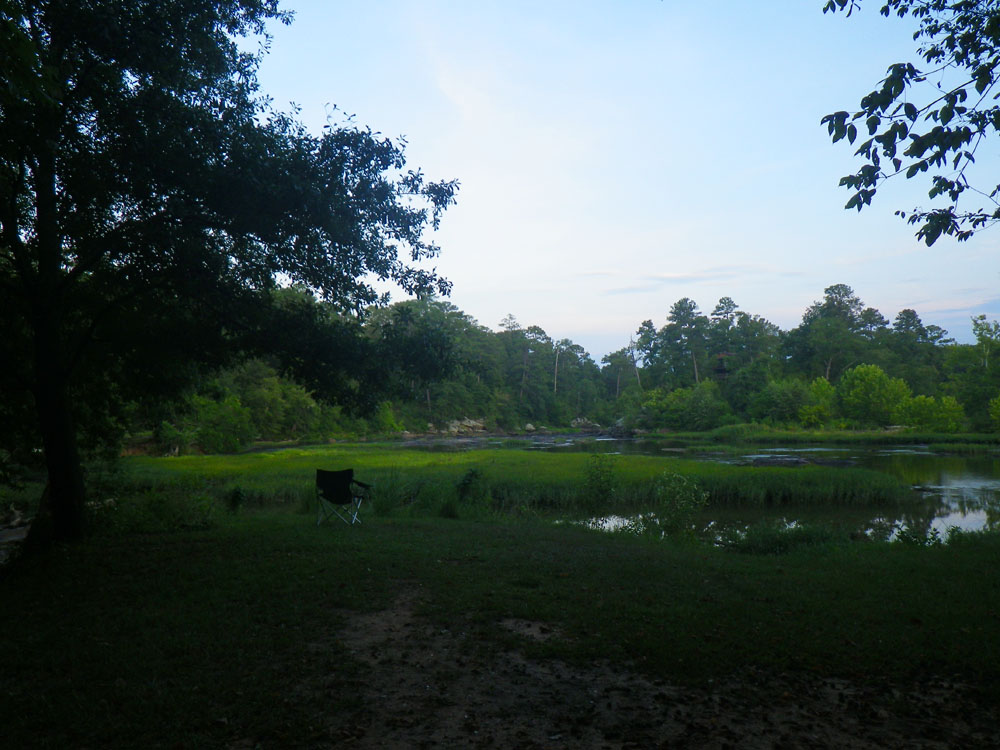 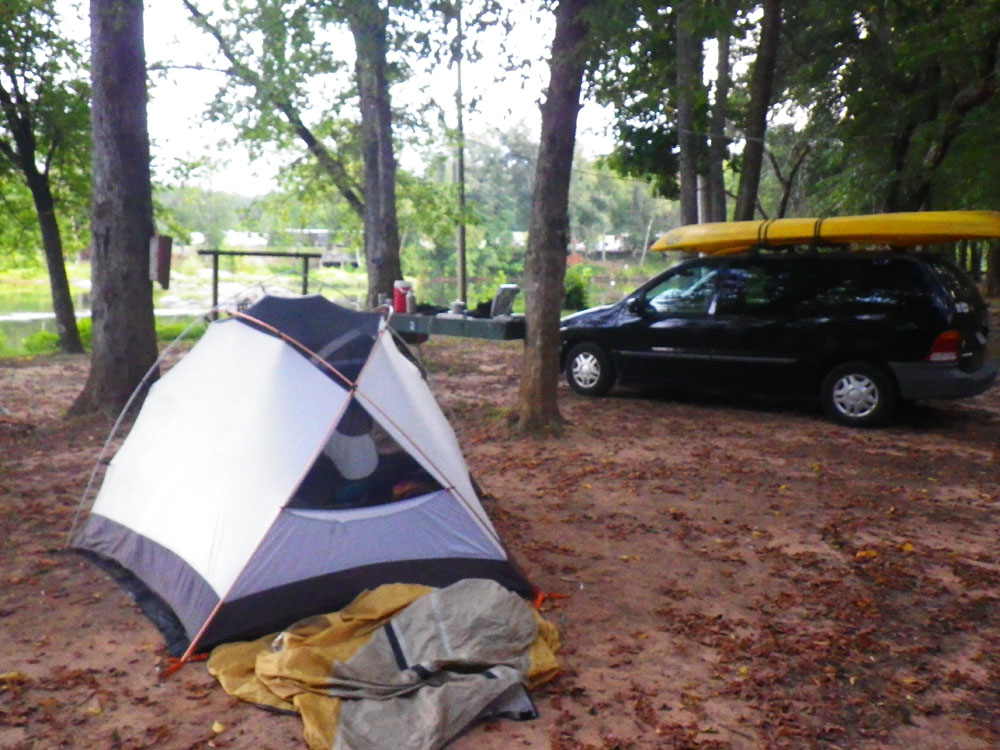