Today I had a look around Toccoa Falls, GA.  Near the base of the Falls is a small power station ruin with a pipeline shooting out the back and going up a steep cliffside. 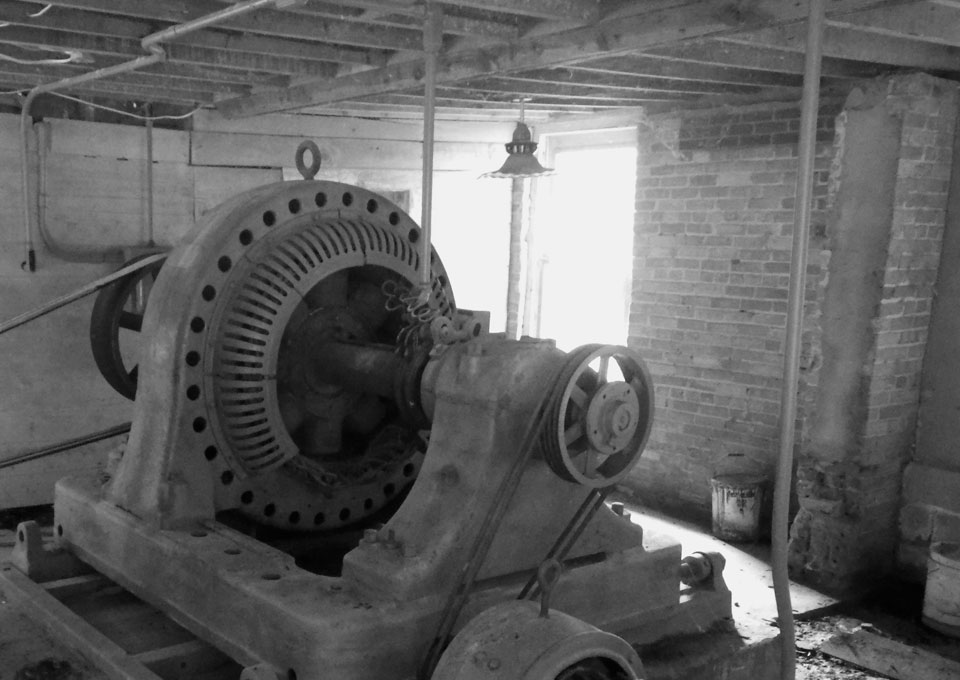 My first impression of Toccoa Falls is WOW!  It drops straight off a high cliff of exposed rock.  It’s located in the back of the Toccoa Falls College campus.  A couple of hundred yards from the base of the Falls is a visitors center where you have to pay a two dollar admission fee.  This is a popular destination and I can see why.  The Falls are incredible and it’s only a very short walk which puts it within reach of just about every warm body on the planet. However, this is also where tragedy struck in 1977. 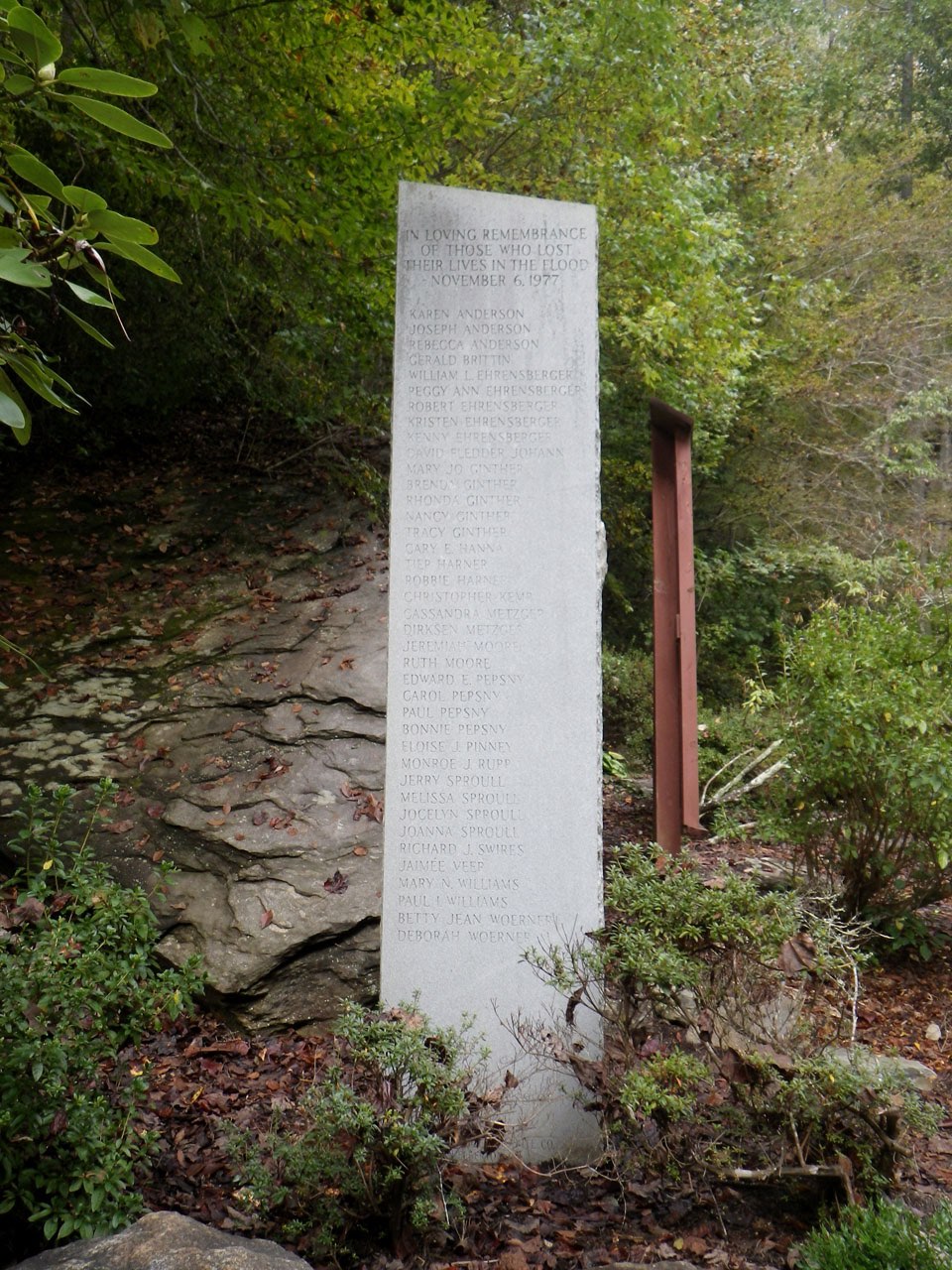 Standing by the Falls is a memorial stone dedicated to the tragic lost of life when the Kelly Barnes Dam burst above the Falls on the early morning hours of November 6, 1977 during an unusually heavy rainfall. It was an earthen dam and when it gave way Kelly Barnes Lake gushed down the creek and over Toccoa Falls killing 39 people as it ripped apart the college campus and everything else in it’s path. The Dam was first built in the late 1800’s and was never reconstructed after the flood. 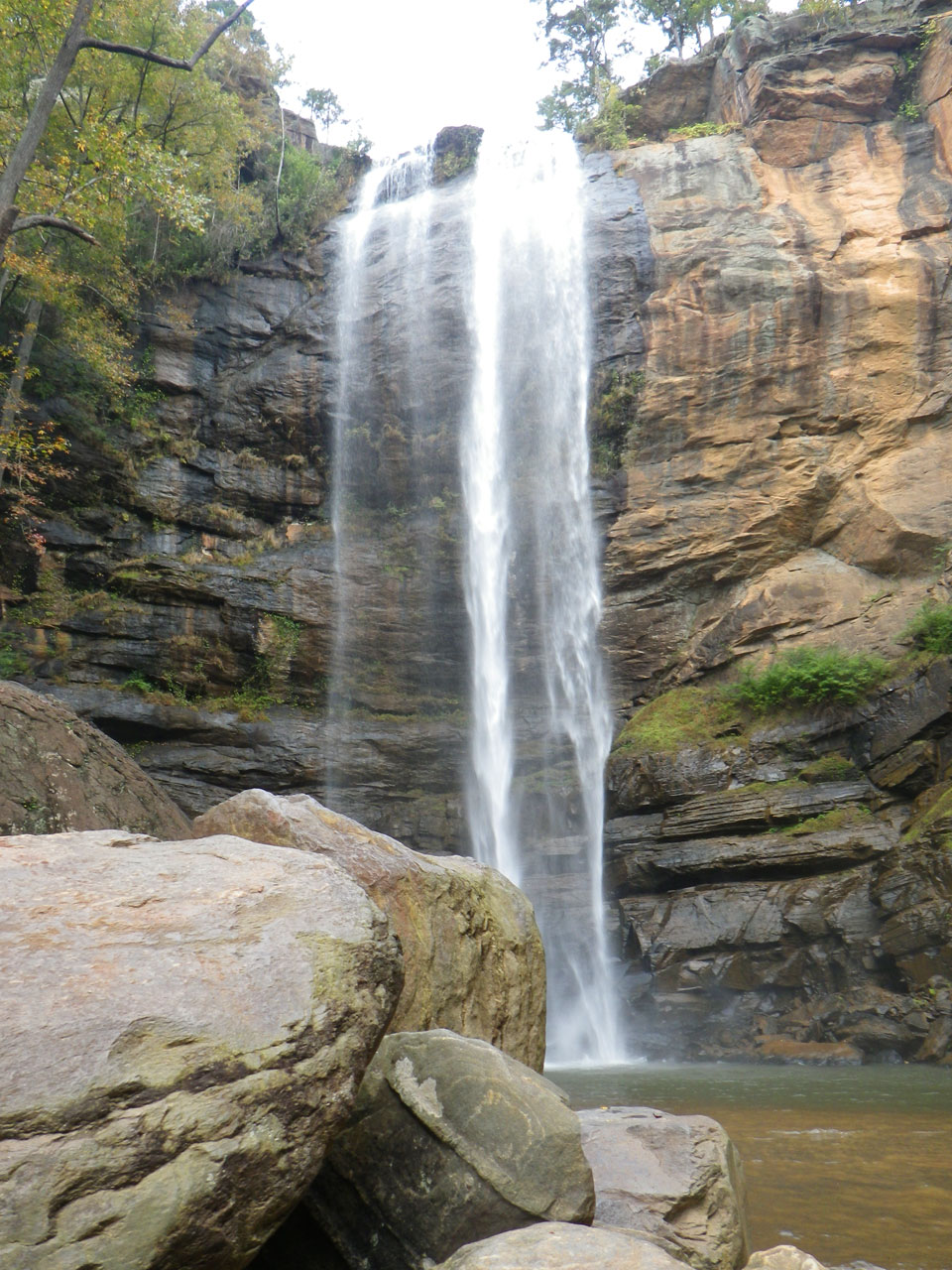 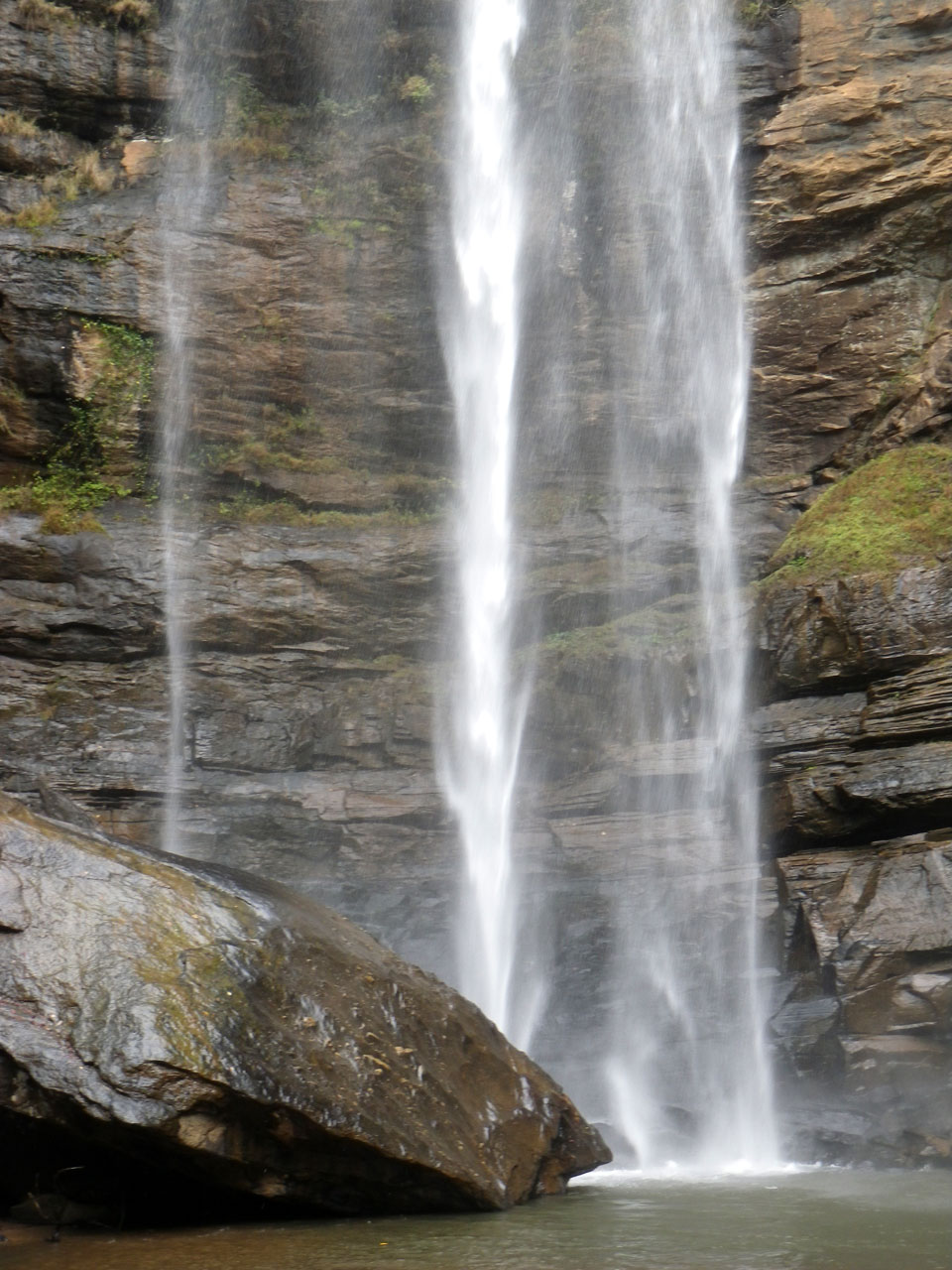 I couldn’t help but wonder what evidence remained of Kelly Barnes Dam less than a mile upstream. I decided to free-hike to inspect the now dry lakebed but the cliffs around the Falls were too steep to scale so I started the climb from an adjacent hiking trail called Dead Man’s Branch. 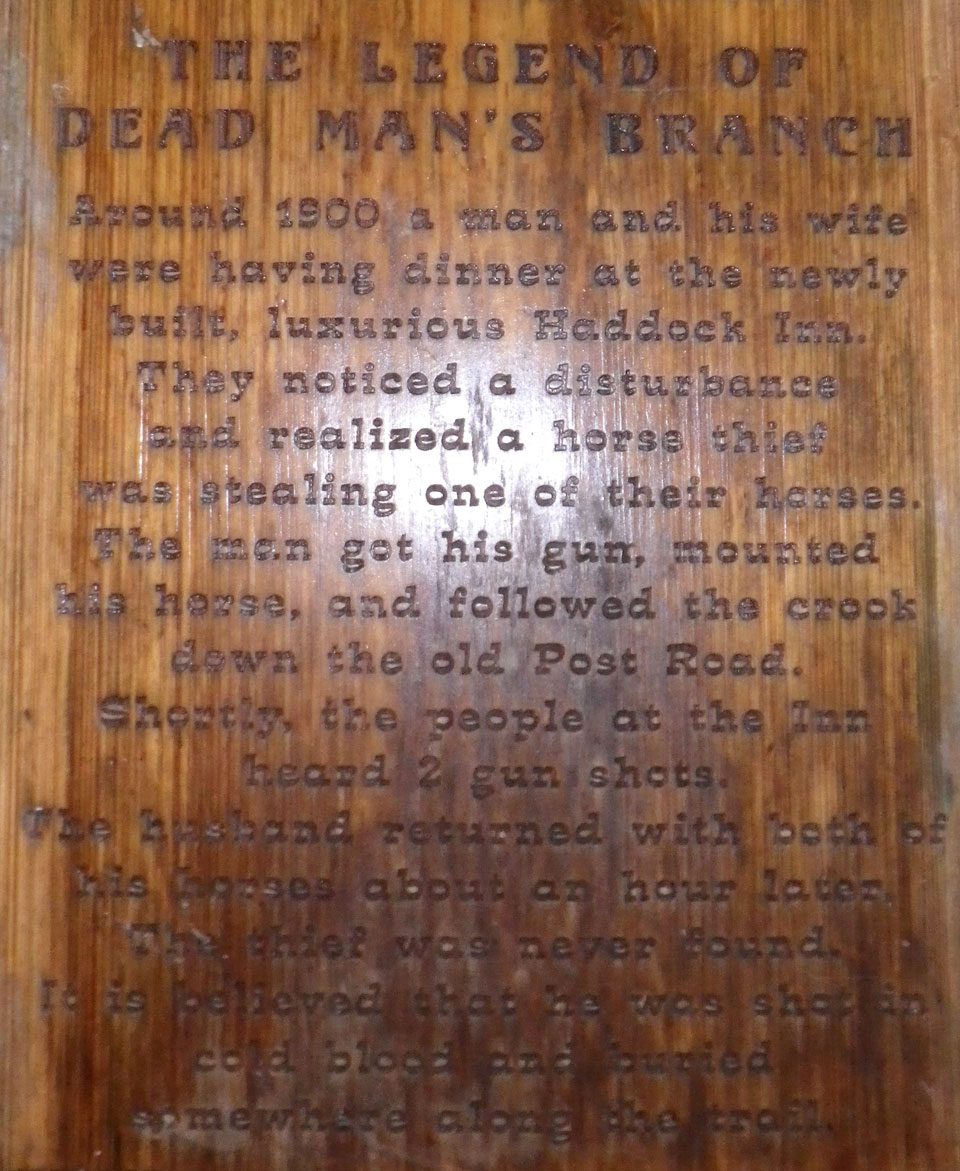 It wasn’t long into the climb to Kelly Barnes Dam before I discovered the rusting pipeline that I first saw coming from the old power station below. I followed it up the mountainside. 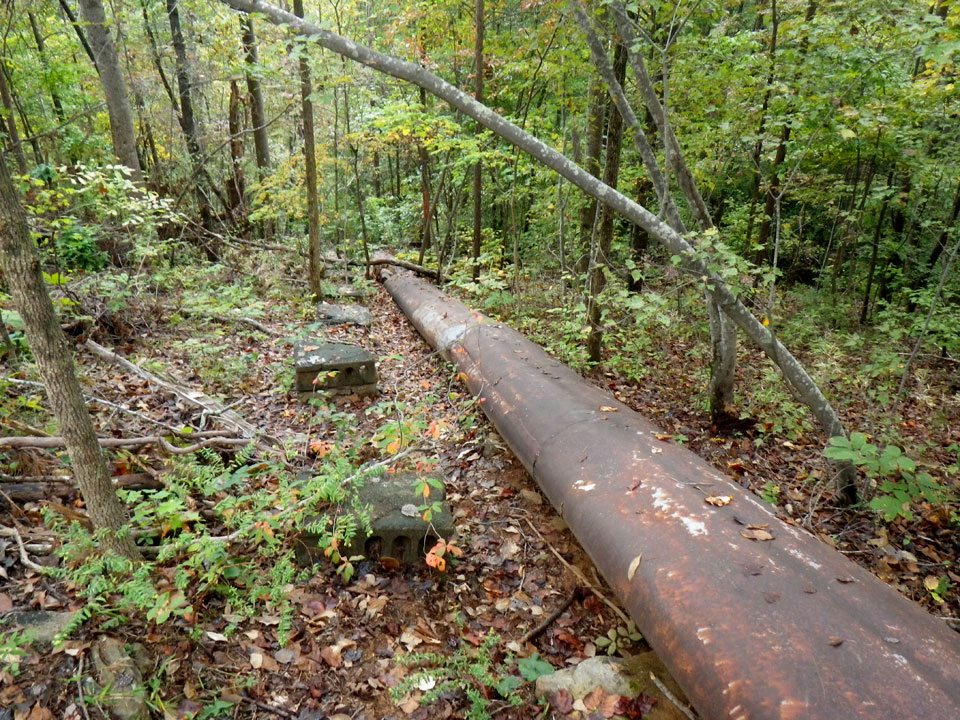 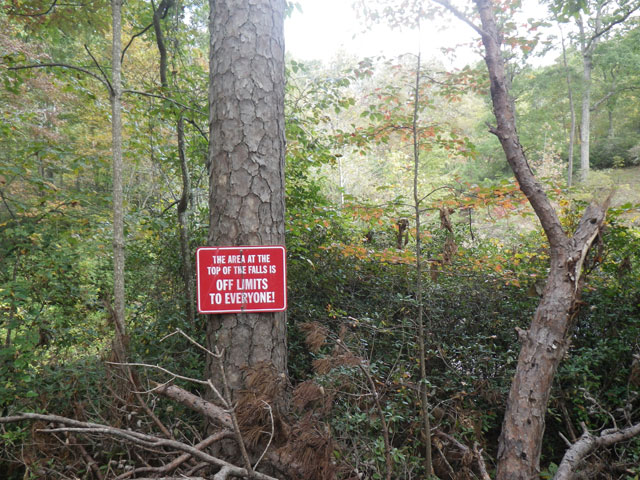 Before heading to the Dam, I veered off to checkout the top of Toccoa Falls and came upon this sign. I guess it’s talking to me? 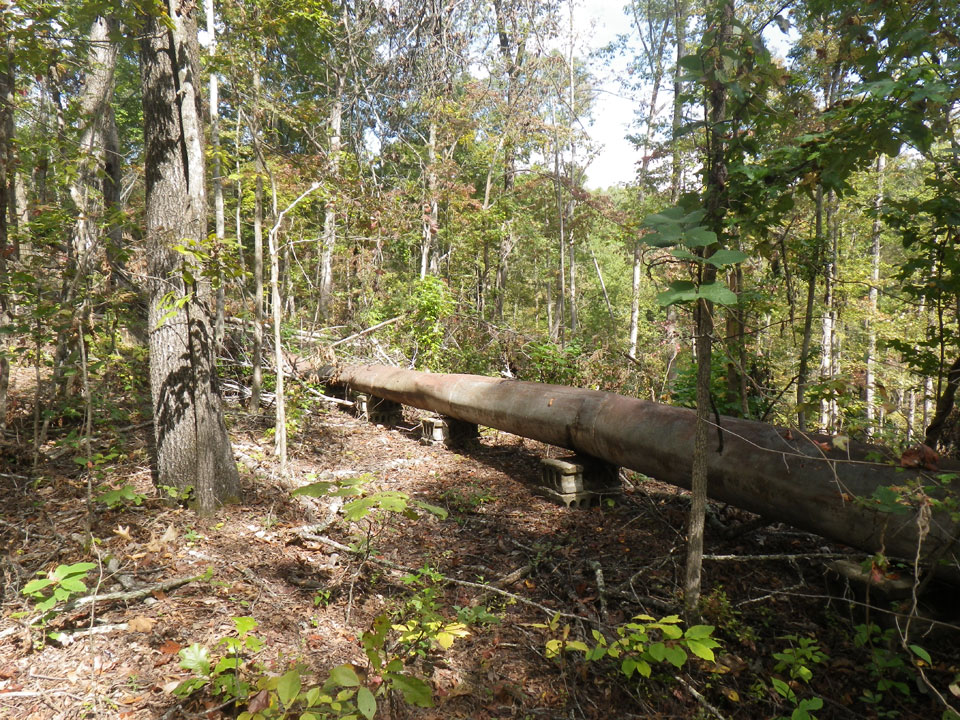 I’m back to the pipeline, working my way to the top. Stretches of the pipeline are raised on concrete blocks. Other sections are broken and covered in deadfall. 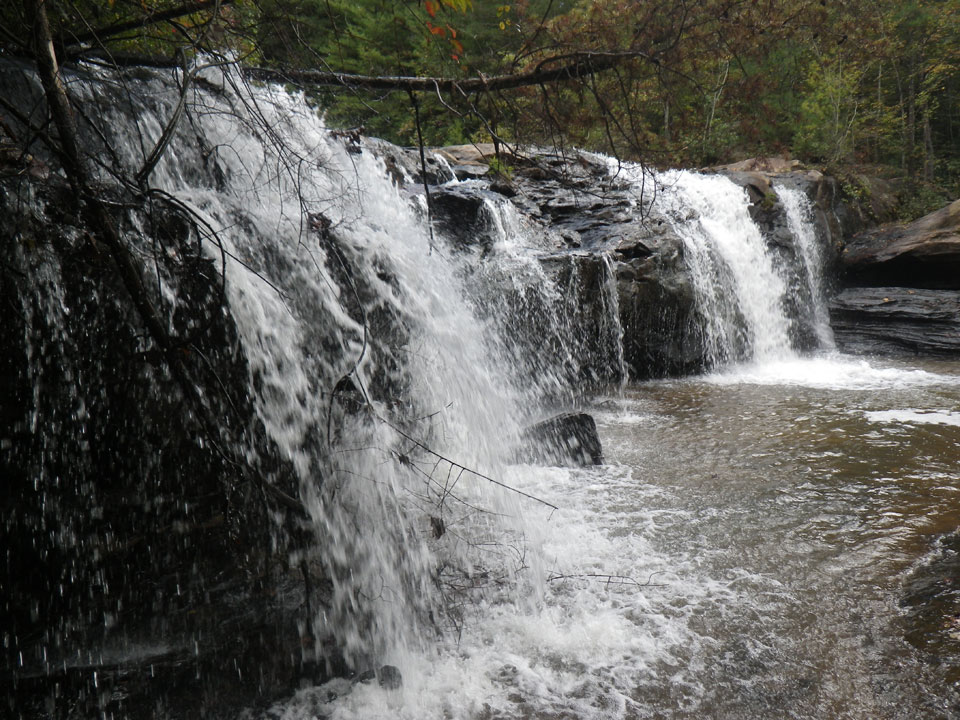 This is called Little Falls and where the earthen Dam held back the Kelly Barnes Lake. Today the creek pours over a 7 to 10 foot drop and does so in total sweet isolation. 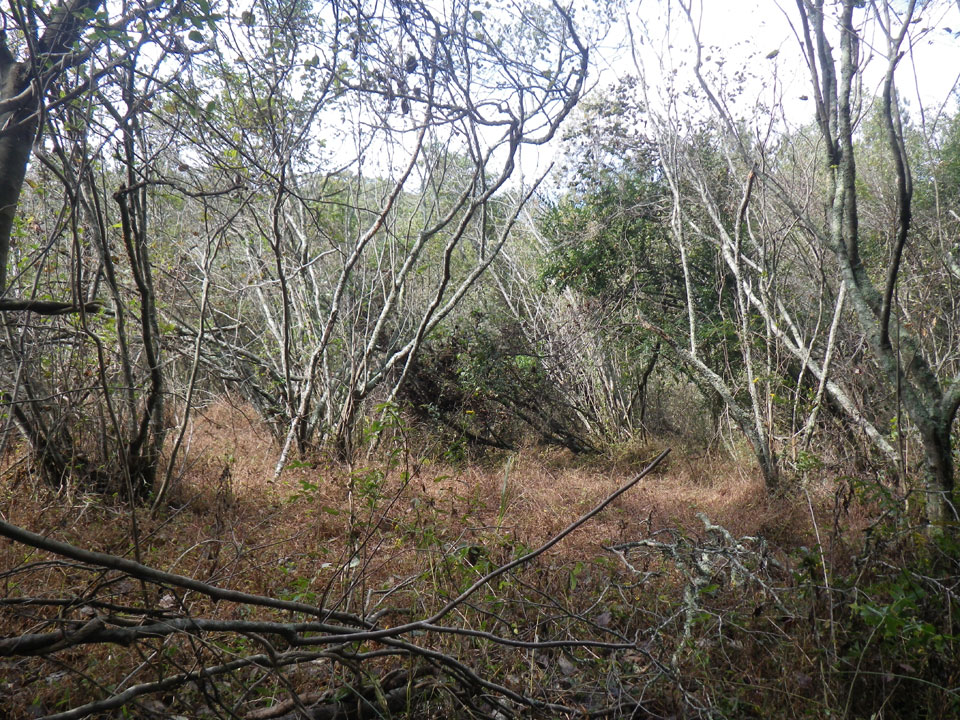 I’m mazing through the dry lakebed. Where there once was forest it’s now low scrubs and patches of hay fields. Still though, it’s very beautiful and completely silent down in here. 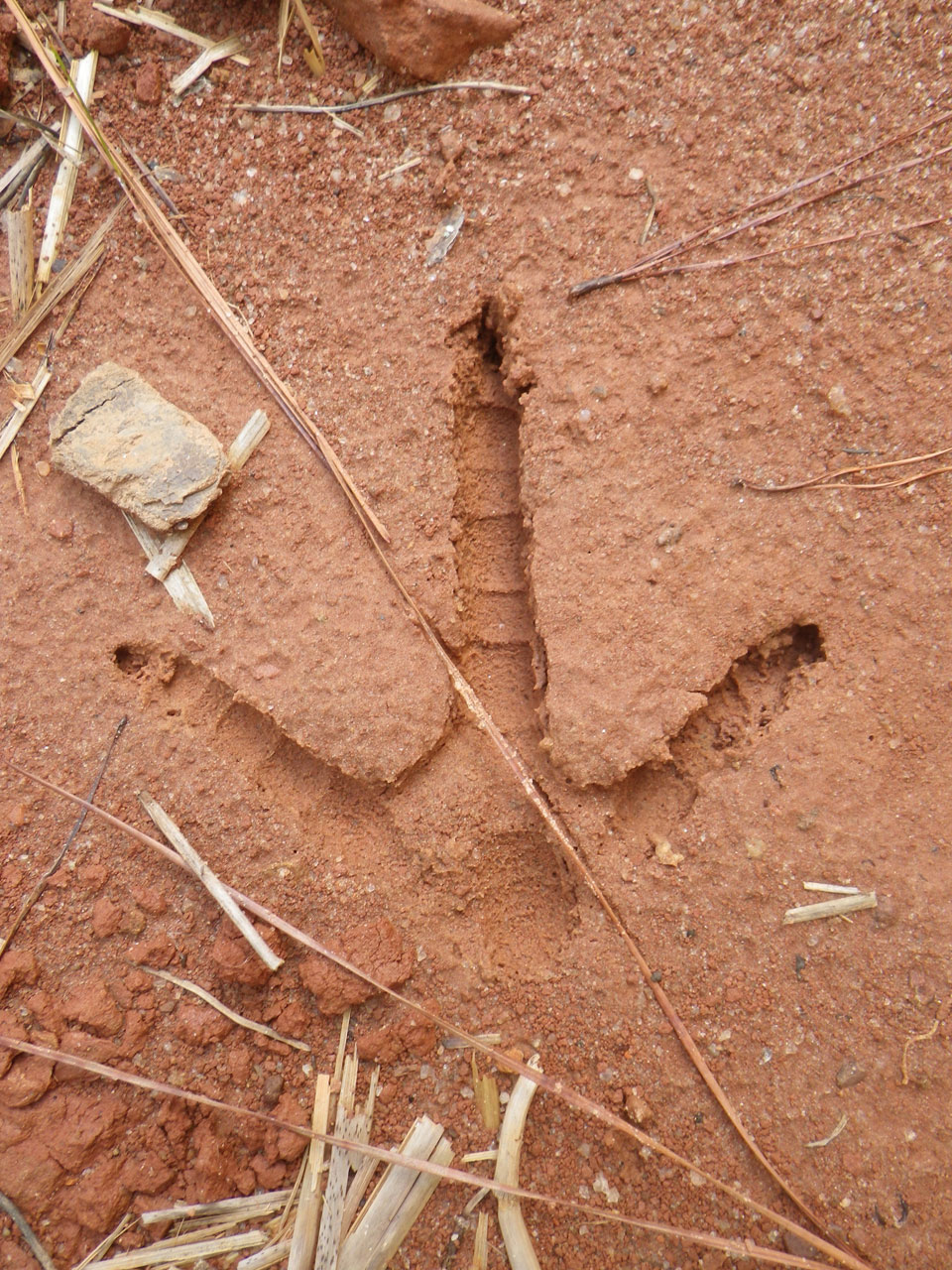 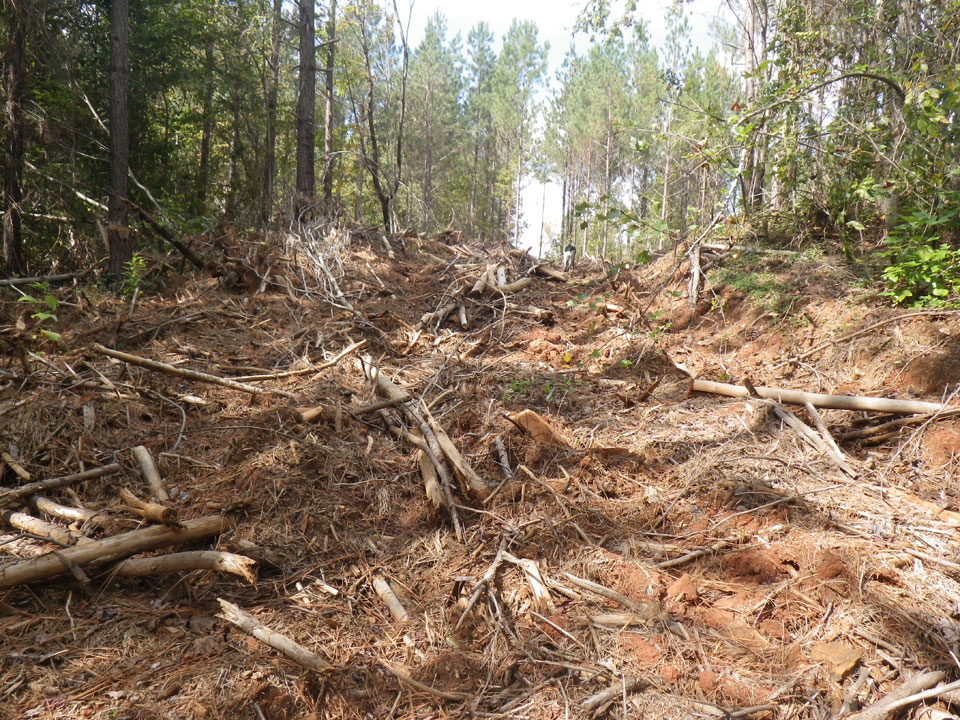 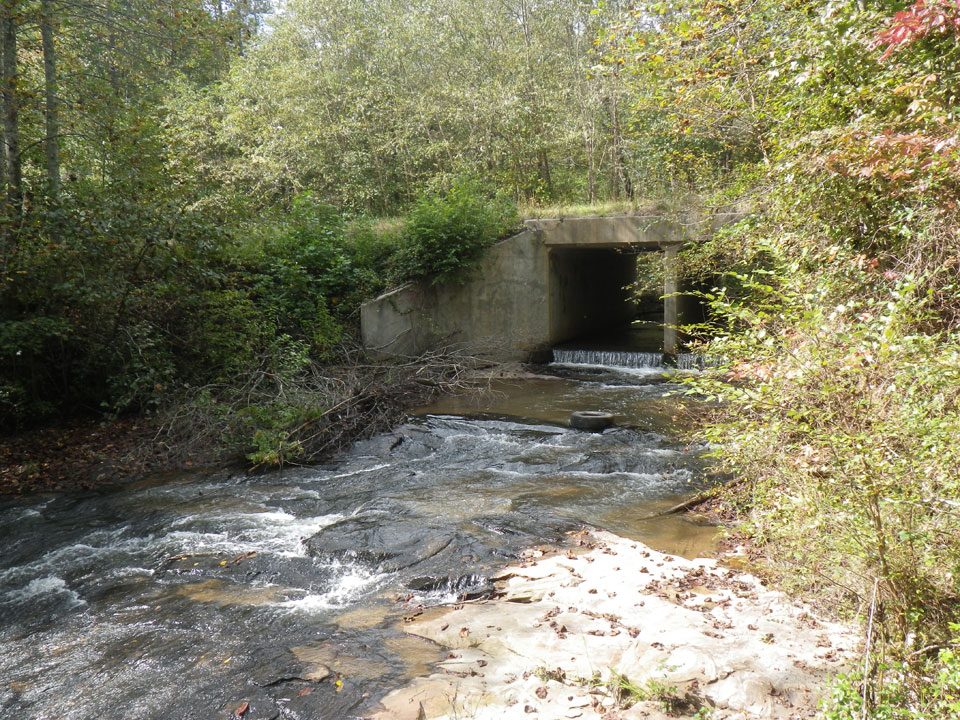 I exited the dry lakebed at this bridge. Time to turn around and head back down to complete the hike and my exploration of Kelly Barnes Lake and Dam. 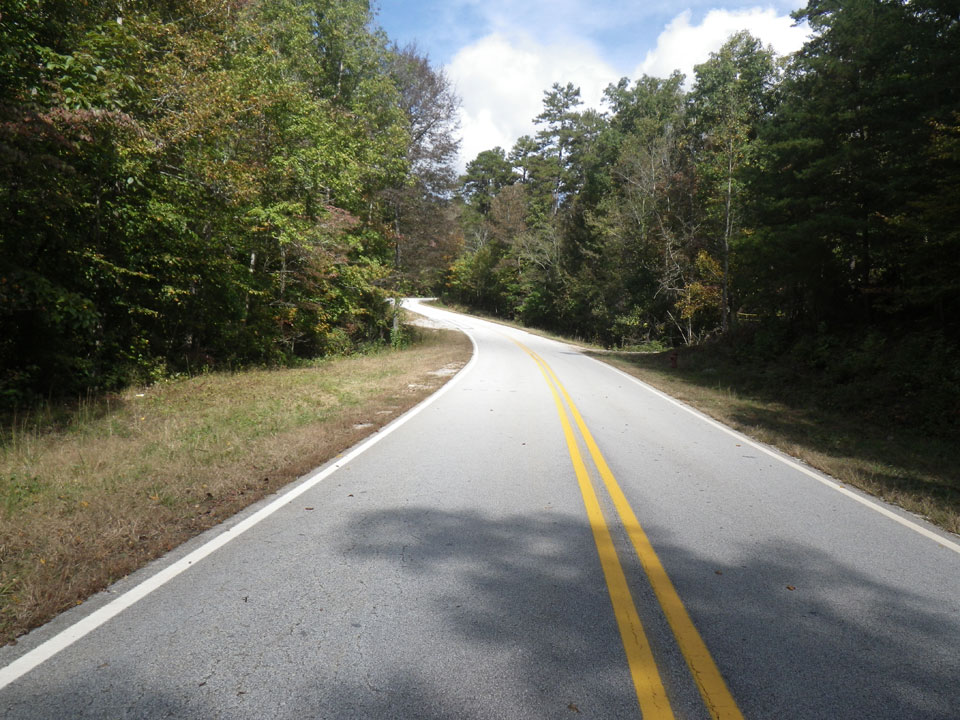 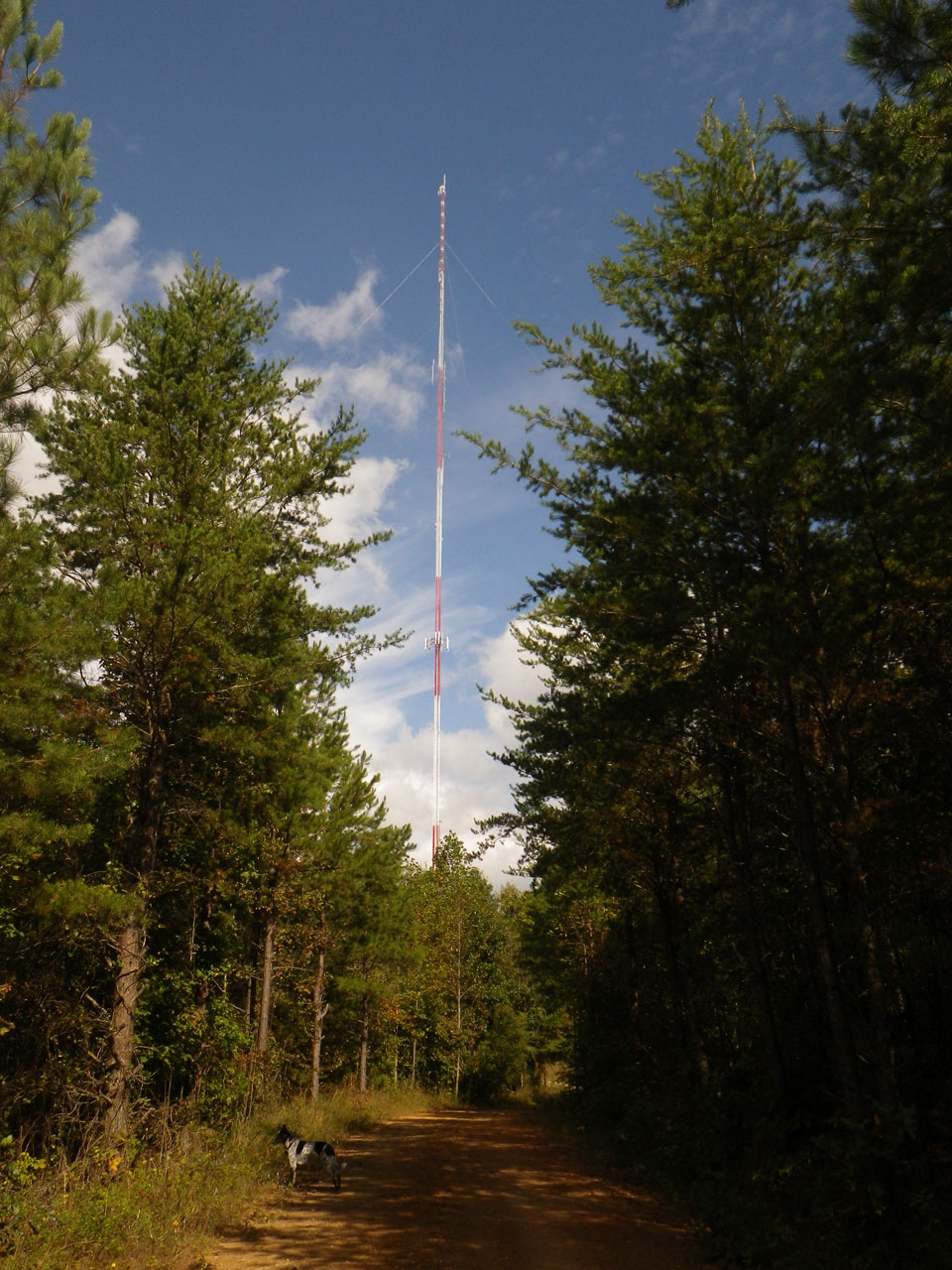 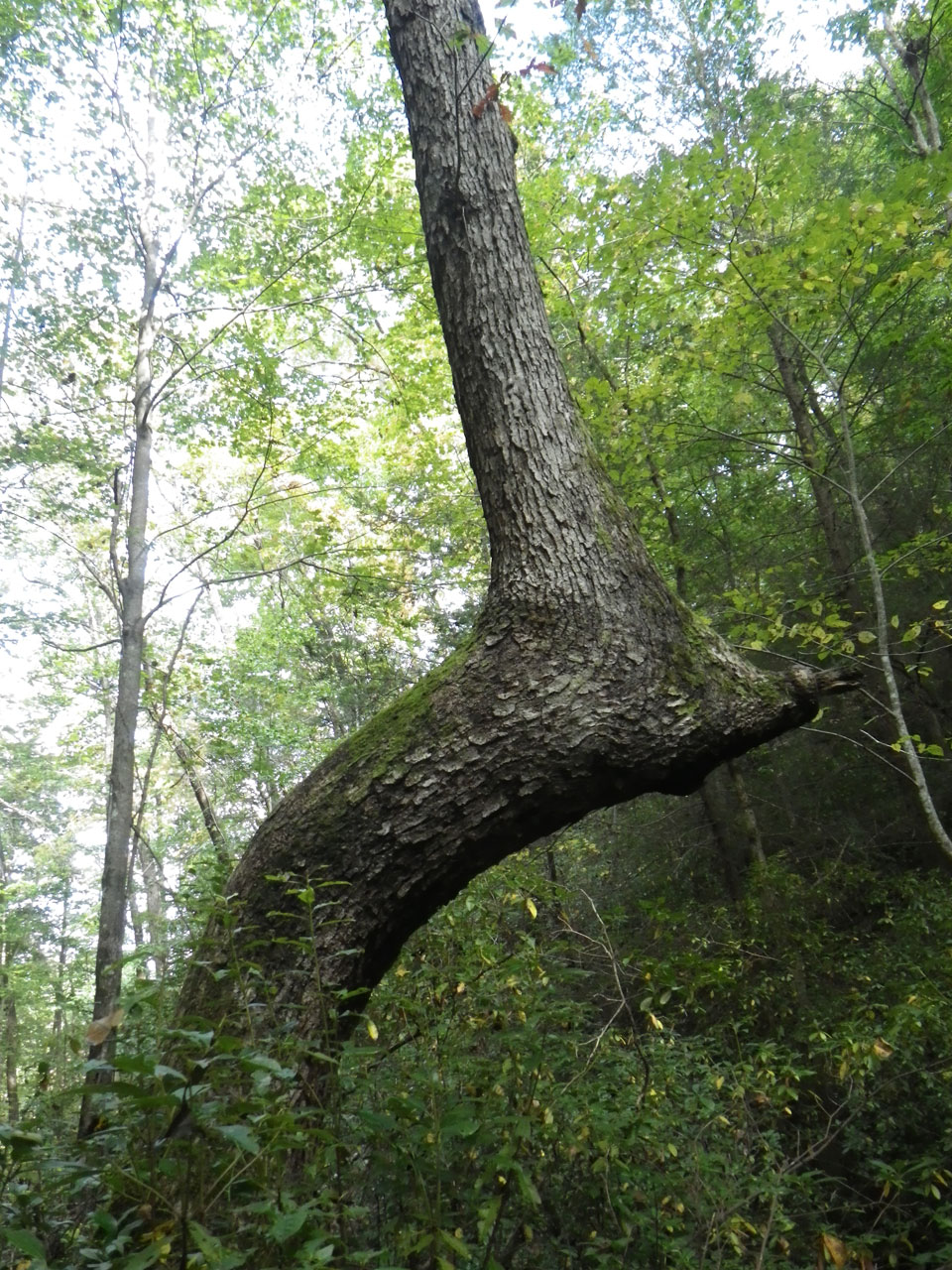