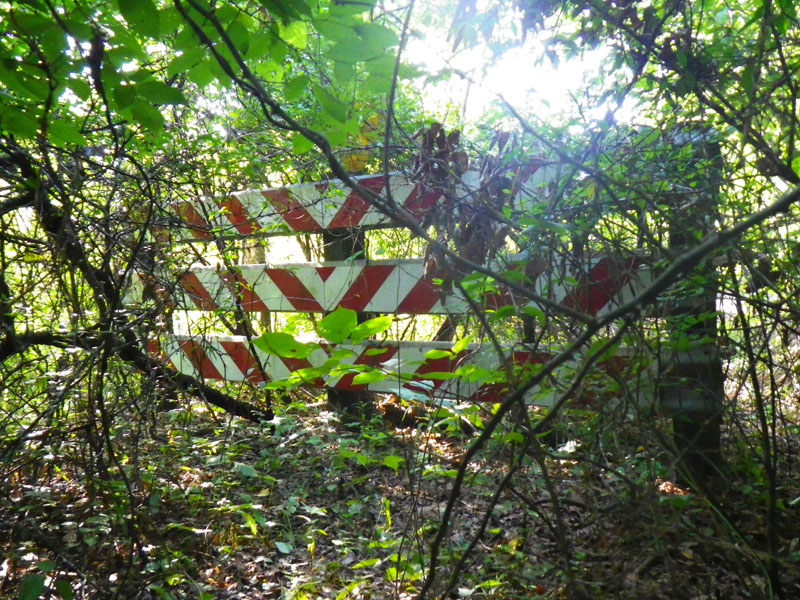 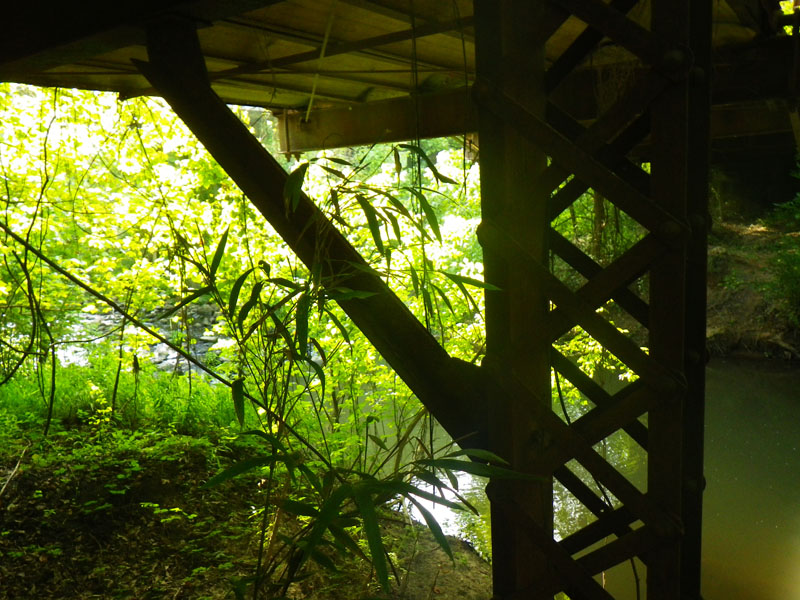 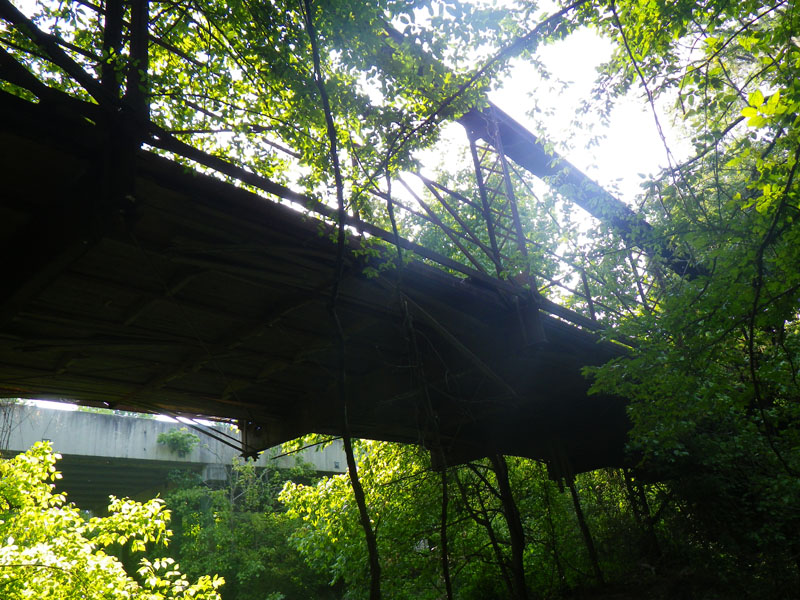 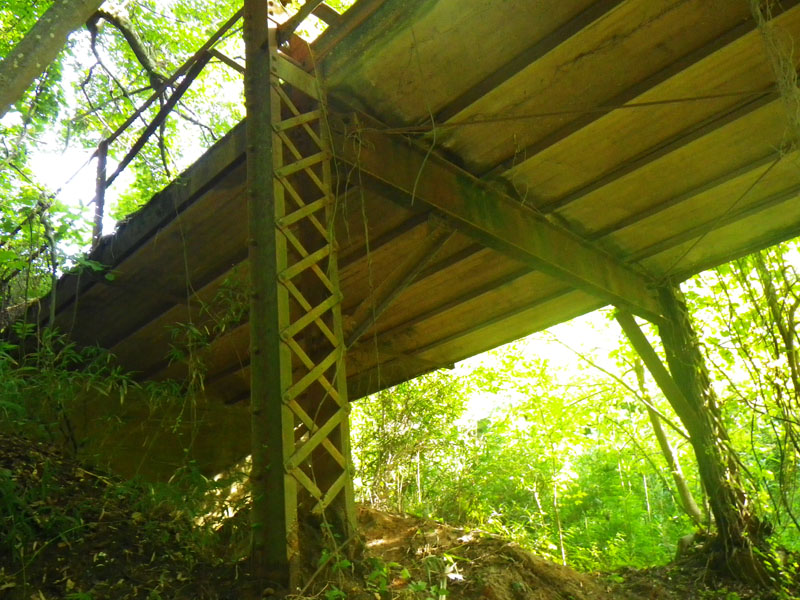 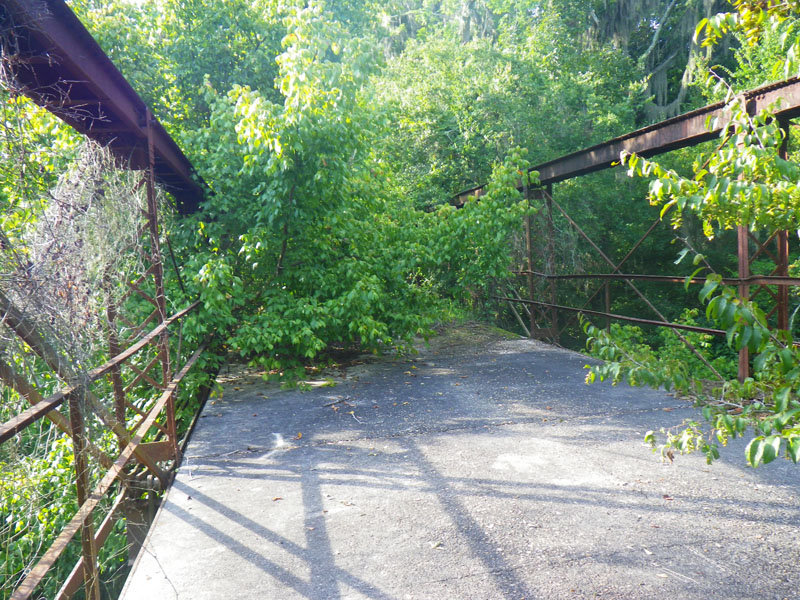 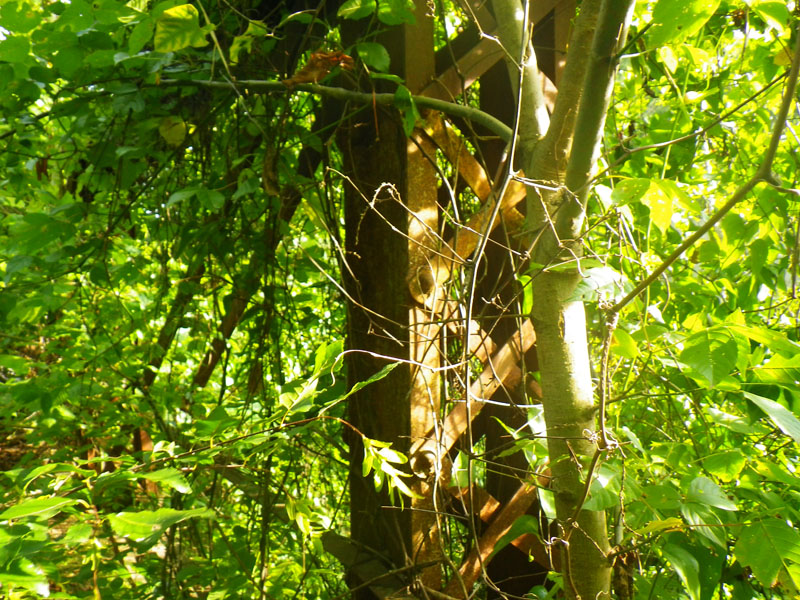 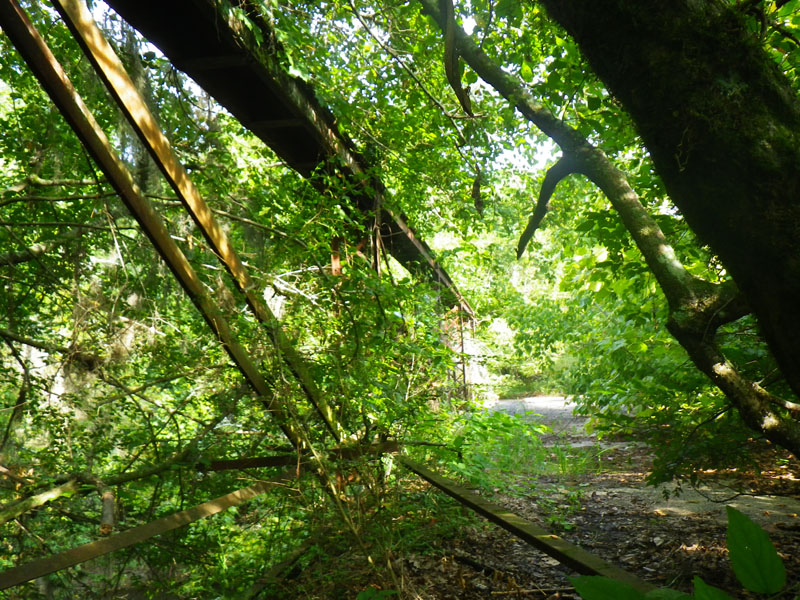 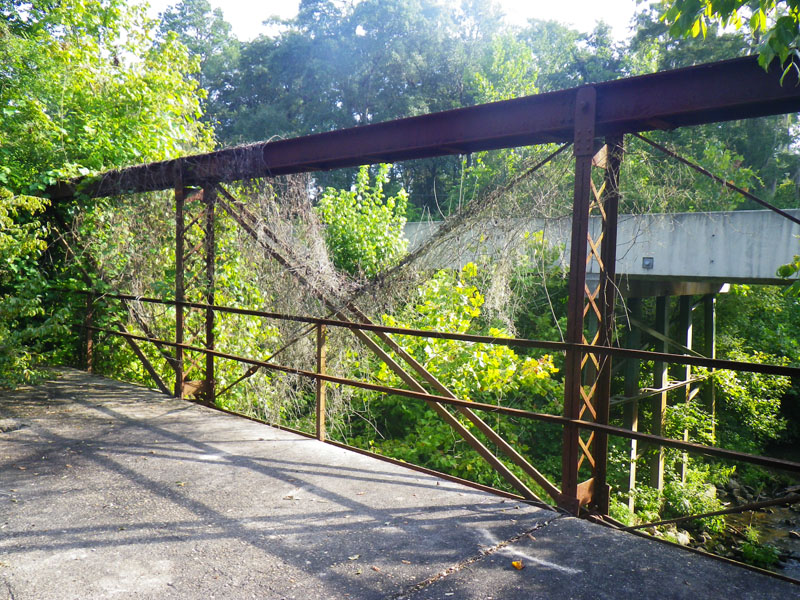 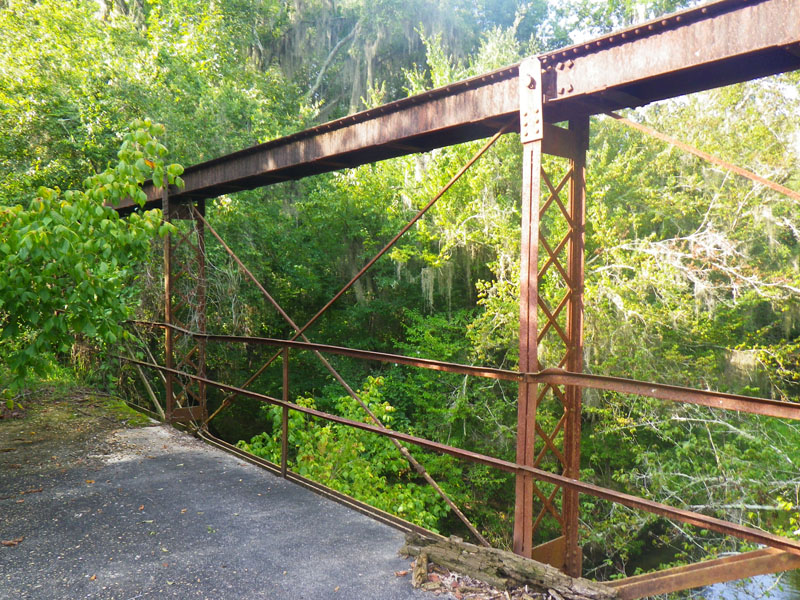 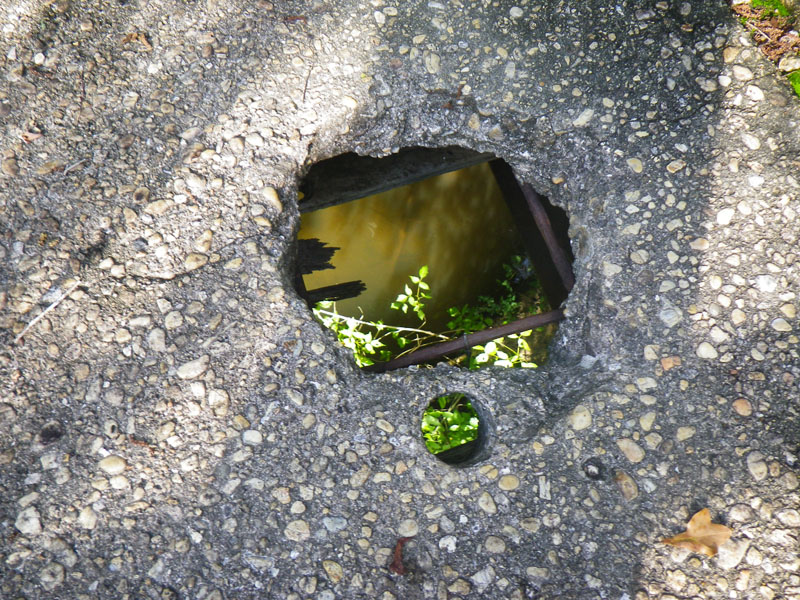 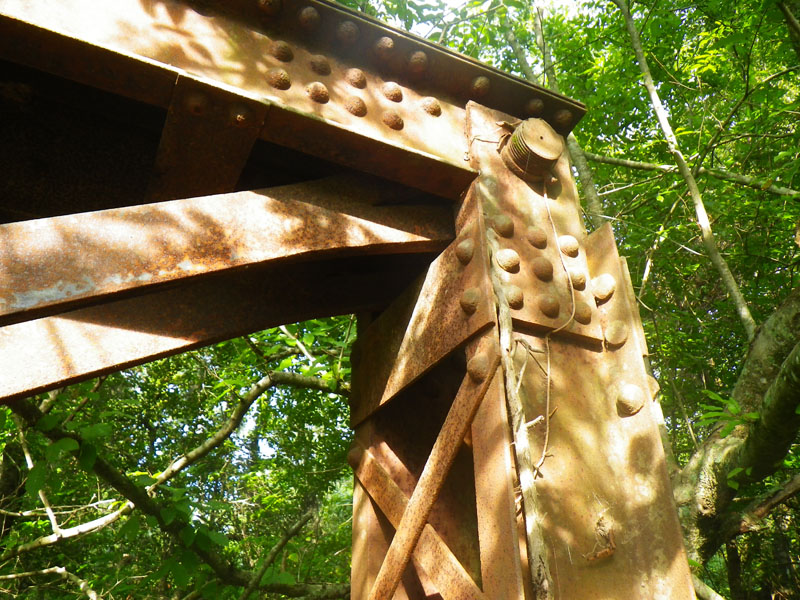 08:13:11, Alabama, 32° 19.734’N, 87° 0.507’W – On the way to Six Mile Creek Park on the Alabama River near Selma there’s a hidden feature most people miss.  I didn’t spot it myself until I was leaving.  Driving over the Six Mile Creek bridge I caught a glimspe of rusting iron beams extending over the water.  It was the old timer’s bridge mostly covered in underbrush but still standing.  I had to pull over and take a quick look.

The old timer’s bridge isn’t on the tour guide map so don’t expect to find a trail.  You’re going to have to slither around briars, dead fall and poison ivy.  Anyhow, the bridge road clears up enough for you to walk it once you get through the thicket.  Watch out for a couple of holes where you can see clear through to the creek below.

I would estimate this bridge was constructed in the early 30’s.  Standing on it you gain a sense of how small and slow cars were back then.  Have a look beneath as well but be careful not to slip off the steep muddy bank or you’ll be a whole lot of wet when you get back to the car.